Opptrends 2022
Home From The Press Friday 13 APOCALYPSE WARNING: Asteroid flyby will “mark the return of Mother...

It has been predicted that the Oct. 12 asteroid flyby is the mark of the end of the world that will happen on the next day, Friday 13. At least that is what some Christians have claimed.

On the next Thursday, we will be able to witness the 2012 T4C asteroid flying between Earth and the moon at just 4,200 miles from our planet.

The asteroid is about 30 meters in size and looking through history, this will be one of the closest ever flybys.

For some Christian conspiracy theorists, this will not be a just a close miss, but it will represent the mark of the beginning of the end of the world.

Poet Mel Brake runs the blog, and according to it, the 2012 T4C coming by so close to the Earth is a sign in the sky that Mother Mary is coming back meaning that the apocalypse will begin.

It is also stated that October marks the 100th anniversary of “Our Lady of Fatima.”

All the way back in 1917, it has been said that three young Portuguese shepherds were visited by Mother Mary and that they received visions of the apocalypse. This happened sometime between May and October, and now, a century after that event, it is believed that the flyby represents the final sign.

Blog of Mr. Brake is citing Revelation 12:1 that mentions a “sign” on the heaven that will be shown prior to a woman that will come and unleash a great anguish to everyone on the Earth. It is believed that woman is referring to Mother Mary.

Here is what is written in The Bible passage 12:1–2: “And a great sign appeared in heaven: a woman clothed with the sun, with the moon under her feet, and on her head a crown of 12 stars. She was pregnant and was crying out in birth pains and the agony of giving birth.”

Here is the part of the blog post: “The message is clear have we a choice between light or dark, and since 100 years of Mother Mary’s appearance to the three little children of Fatima.

“When the Woman Clothed in The Sun returns in October 13, 2017 what will she return as a crying and sorrowful Mother or a loving and happy Mother because we her children have embraced her gift of love: The Fatima Gift.”

On the other hand, according to NASA, the world will not end, and this will be just a close flyby. This rare occurrence will be used by scientists to collect information about the asteroid that was first spotted in 2012. As we already mentioned the 2012 T4C will fly at 4,200 miles from Earth and distance between Los Angeles and London is 5,400 miles, so it will be a close one.

Program scientist and NASA Headquarters lead for the T4C observation campaign Michael Kelley stated: “Scientists have always appreciated knowing when an asteroid will make a close approach to and safely pass the Earth because they can make preparations to collect data to characterise and learn as much as possible about it.”

He continued by saying: “This time we are adding in another layer of effort, using this asteroid flyby to test the worldwide asteroid detection and tracking network, assessing our capability to work together in response to finding a potential real asteroid threat.”

This is not the first time that the end of the world has been predicted and the previous one was supposed to happen on September 23.

Christian numerologist David Meade reported that the mythical planet Nibiru is coming on September 23 and that it will bring the apocalypse.

Both Meade and Brake were analyzing the same passage in the Bible but have given different dates.

Here is what Meada said: “The great sign of The Woman as described in revelation 12:1-2 forms and lasts for only a few hours. According to computer generated astronomical models, this sign has never before occurred in human history.”

He added “It will occur once on September 23, 2017. It will never occur again. When it occurs, it places the Earth immediately before the time of the Sixth Seal of Revelation. During this time frame on September 23, 2017, the moon appears under the feet of the Constellation Virgo. The Sun appears to precisely clothe Virgo.”

Just like many times before with various end of the world theories, the date came but fortunately for us, nothing happened. It was the case with September 23, and no one spotted a large planet that could potentially cause the end of the world. 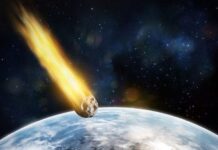 Bus-sized Asteroid Passes by Earth, Another One Coming on October 12 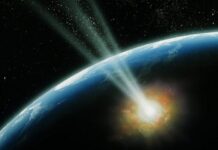 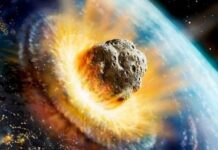