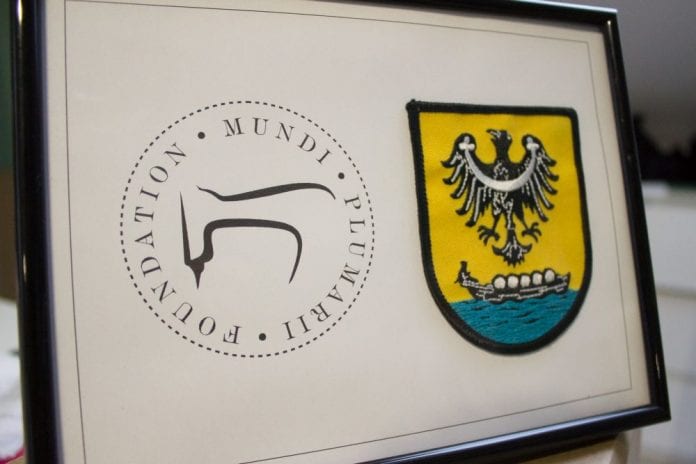 The Mundi Plumarii Foundation produces embroidered patches for non-governmental and informal small groups. Its main aim is to help non-profit organizations visually communicate with their audiences through their colourful and well designed embroidered patches. Nowadays, identification of organizations through certain emblems and designs is a norm.

The Mundi-Plumarii Foundation functions across Europe and is looking to expand its operation to countries outside Europe in the future. What sets this organization apart is that they produce free embroidered patches for non-profit as well as local sports, and government organizations. They do not limit themselves to only these segments and also produce commercially to generate good profits to support the basic principles and organizational goals that it promised to deliver upon its foundation.

It should be very well noted that the organization is able to deliver its core products free of cost. This, it does, by raising subsidies and funds from some private entrepreneurs by the following scheme of non-profit utilities in the United Kingdom. The Mundi-Plumarii Foundation specializes in a lot of designs for their patches as they have two main types of border cuts; the merrow cut and the hot cut.

A merrow border is basically a border used for patches of more definite shapes like circles and squares. These patches are usually thicker and bigger in nature rather than the hot cut borders. Hot cut borders are thinner and used for indefinite shapes like a tree or a cat. Basically, it is a thin outline of the shape. To meet the needs of the customer demands, The Mundi-Plumarii Foundation produces each type of border cuts as required.

Sew-On-Backings – These patches are permanent, as they are sewed on clothes by either hand or a sewing machine. They are useful because they stay intact even after being washed or after they are exposed to harsh physical activities, but sewing it requires a lot of patience.

Iron-On-Backings – Iron-on-backings for patches is used to have a quick solution for sticking patches to clothes. The method of using these is very easy as simply pressing and ironing is needed to stick it on clothes.

Proper ironing has to be done to make sure that the patch sticks and it cannot stick to some materials like leathers and towels.

Hook-And-Loop Backings – This is also known as Velcro backing, and it has been highly used on patches for military and police uniforms. These backings consist of two things; the hook that has to be sewn on the patch and the loop on clothes.

It is highly useful for people who have to change their patches on clothes but not the overall clothes. Also, it is a very convenient way to use patches, but the drawback is that with the constant washing of the clothes, the loop loses its ability to hold the patch.

Self-Adhesive-Backings – These are normal patch backings that use glue on the back and are stuck to the clothes when required. The only drawback is that it is not very durable.

Special Threads – The Mundi-Plumarii Foundation also offers different kinds of threads in their patch designs. Although they have all the colours available for designing, they are also providing special threads for customers on demand like metallic silver-threads and gold threads, as well as the fluorescent threads. These are used to give the patches a royal look to the designs as and if required.

The Mundi-Plumari Foundation prides itself with providing its customers such a high range of customizable embroidered patch products that they can literally get anything they would want to have. The foundation is trying to expand itself in the United Kingdom. Quality is of utmost importance to them, and that is one area that they are not about compromise upon any time soon. All deals that they have successfully completed have resulted in products of the highest quality, and there have been little to zero complaints by their clients.

If you are looking for free, high-quality well-designed patches in the United Kingdom, then The Plumarii Foundation is definitely your go-to place. For a prosperous future of the business and expansion into other markets, the foundation needs marketing by its beneficiaries and users. The Mundi-Plumarii Foundation aims to carry on with their existing vision and mission and expand into Europe and later on in non-European markets.