If Ford ever managed to show its superiority when trucks are considered then, it is right now. Apparently The 2017 F-150 Raptor a stock, the showroom-spec vehicle was competing in Baja race which it finished with flying colors and to make things, even more, demanding for the truck, they drove it straight home. This entire event happened earlier this month, and the details are below.

Latest gen of Ford’s performance truck competed in the 2016 Baja 1000 race which is pretty much a legendary off-road race held in Baja California, Mexico. To make this happen, Foutz Motorsports together with Ford support, entered the Raptor to the event, and to everybody’s surprise, it managed to finish the 830-mile race in 35 hours, 59 minutes, and 8 seconds in its pretty much stock and showroom state. Just to prove how tough and durable this truck is the team members then loaded the gear into the truck, and drove it back to their home base near Phoenix, Arizona. Incredible ha?

What is even more incredible is that virtually the same truck will be available for people to buy it as the one that competed in Baja race. It will retain the stock engine, transmission, brakes, and tires and it will come with some luxuries such as air conditioning and satellite radio. The suspension on the race truck was stock as well, it just had to be adjusted by Foutz Motorsport team to the extra weight that was the roll cage which had to be fitted for security reasons. The only addition was the puncture-proof fuel cell and racing harnesses that had to be there because of the race rules and safety.

Just to get one thing straight, the Raptor didn’t win the race. It could never win in the stock state because the Baja race includes purpose-built race vehicles with greater performance capabilities. This was just a public relation show that had one general idea, and that is to prove to people that the 2017 F-150 Raptor can do exactly what it was designed for. As you know, Ford’s performance pickup is, unlike other off-road vehicles, designed to go off-roading but it is also designed to be driven at very high speeds. This off-road race is probably the last place where an almost stock truck has any chance to be competitive in a high-level event like this, but also be aware that Blue Oval company has successfully raced other versions of the Raptor and its F-Series Super Duty pickup truck at Baja before. If you recall something like this was attempted by a nearly stock Toyota Tundra TRD Pro in 2014 when it entered the race, and even won in its class, although it only had to beat three other vehicles to do that.

To all of those who are wondering, and expecting the answer to the “Great” question – the 2017 F-150 Raptor is going on sale in December, almost two years after its official unveil in 2015 at the Detroit Auto Show with a price tag of $49,250. 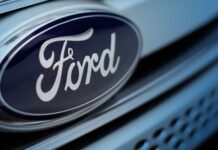 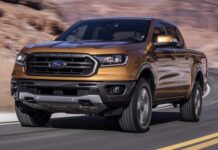