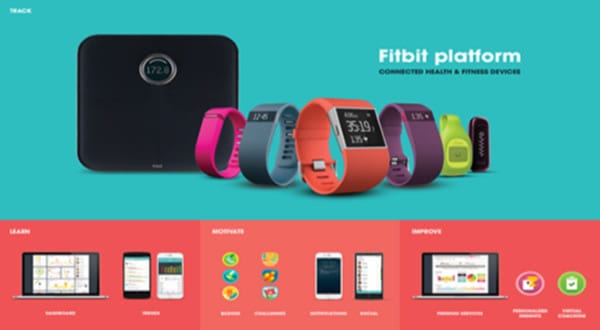 Fitbit, a maker of wearable fitness-tracking devices, set the price of its initial public offering (IPO) at $20 per share, above its already increased price range of $17 to $19 per share.

Fitbit initially planned to sell to sell 34.5 million shares and priced its IPO between $14 and $16 per share. The company decided to boost its share count and offering price because of stronger-than-expected demand for its shares. Fitbit will start trading on the New York Stock Exchange (NYSE) under the ticker symbol “FIT” on Thursday.

Fitbit and its selling shareholders raised $732 million by selling 36.6 million shares, which gives the company a valuation of $4.1 billion, according to people familiar with the transaction.

The company’s IPO emerged as the third largest in the United States this year, according to Dealogic, a deal tracker. Fitbit plans to use the proceeds from its public offering for research and development, sales & marketing, and capital expenditures.

Analysts believed that Fitbit is the leader in the wearable fitness-tracking devices market based on the perception of consumers. Its products are more popular than the devices from other players such as Jawbone and Garmin (NASDAQ: GRMN).

Fitbit has six wearable fitness-tacking devices including Charge, Flex, One, Zip, ChargeHR and Surge. The company is selling its products in more than 45,000 retails stores in over 50 countries worldwide. The price of its devices ranges from $59.95 to $249.95.

Fitbit Surge was the highest selling GPS fitness watch in the United States with 61% market share in the first quarter. The company started selling the product in December 2014.

Since its establishment, Fitbit experiences significant growth driven by its broad distribution and market-leading health and fitness platform. The company’s revenue increased from $14.4 million in 2011 to $745.4 million last year.

Market observers suggest that its primary challenge is to maintain its position amid the increasing competition from major brands such as Apple (NASDAQ: AAPL).

Charles Anderson, an analyst at Dougherty & Co., commented that Fitbit has been “resilient so far,” and “competition will get tougher every year.”

How To Become Fit Without Going To The Gym