Opptrends 2021
Home Entertainment The first Deadpool 2 poster is out and it looks like our...

Finally, we have an insight in the first poster for the much-anticipated movie Deadpool 2. This might seem a little strange to you but as it seems the 20th Century Fox has an interesting sense of humor and thanks to that they are maintaining the hero’s silly antics with this nontraditional poster. As you can see (and as some of you may figure out) this photo is a play on a Norman Rockwell painting, where all the movies’ main characters are at the Thanksgiving dinner table. The new addition Josh Brolin (playing Cable) is looming behind Deadpool (played by Ryan Reynolds) who is trying to serve everyone a nicely roasted and pretty big turkey.

This poster is definitely continuing to keep the personal touch that was all that important for the making of the first Deadpool, where Ryan had participated in, crafted, and debuted plenty of things that helped promote the R-rated superhero movie we all loved. One more thing that reassured Fox to trust in the team behind this film, and allow their silliness to emerge, is the $783 million earned worldwide. You can say whatever you want, but besides family and friends, cash is still important if you wish to have a say in anything.

You are all informed and aware that the movie will be out sometime next summer and this only means that the poster we have here today is just first in a line of many new posters, images, clips, and trailers that will be released with, what is very likely, a similar tone to this. Besides the addition of the much-discussed Brolin who will be playing Cable, the Deadpool 2 will also feature Zazie Beetz as Domino, Morena Baccarin as Vanessa, T.J. Miller as Weasel, Brianna Hildebrand as Negasonic Teenage Warhead, Leslie Uggams as Blind Al, Stefan Kapicic as Colossus, and Karan Soni as Dopinder. David Leitch, co-director of John Wick and director of Atomic Blonde, will take the reigns of the sequel and he will be aided by Rhett Reese and Paul Wernick who are returning to pen this screenplay as well.

Check out the new poster and some images we have collected so far. Enjoy! 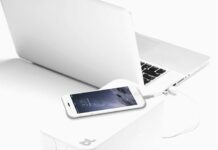