EA SPORTS grade football players across the world for their performances across competitions in the previous season. Since we are getting closer to the release date, we have decided to give our player ratings’ predictions for the newest edition of the most popular football simulation on the planet. For those who are keen to test the game as soon as possible, we should say that the full launch is scheduled for October 1st, 2021.

Anyways, let’s get straight to the point and discuss the predicted ratings for the top 6 players in the world. We will mainly utilize the players’ showings from the previous season to guide us towards accurate predictions.

Although some experts believe that Robert Lewandowski could top the list, we can hardly see anyone beating Lionel Messi following his fabulous displays at Copa America this summer. The Argentinean maestro finally managed to take his national team to a major tournament victory as Los Gauchos saw off Brazil 1-0 in the Copa America final in mid-July. Messi has been by far the best player in the tournament, guiding the Argentines to success with four goals and five assists in seven matches, as reported by specialized football side bettingtips4you.com.

Messi also had a fantastic season in Barcelona on the individual level, scoring 38 goals and providing 14 assists in 47 outings across competitions. Despite Barcelona’s poor overall campaign in both La Liga and UEFA Champions League, Lionel Messi’s individual brilliance should be rewarded with the highest grade in the upcoming FIFA edition.

Much like Lionel Messi, his arch-rival Cristiano Ronaldo had a subpar season with Juventus in terms of team’s success as I Bianconeri lost their Serie A title to Inter Milan and failed to go past Porto in the knockout phase of the UEFA Champions League. However, unlike the Argentinean, Cristiano Ronaldo did not take his national side all the way this summer at the EURO 2020, failing to repeat the 2016 feat.

This is why we decided to give the Portuguese superstar the second position in this list, despite his impressive individual numbers for both club and country. After all, Cristiano Ronaldo earned the Golden Boot award at the EURO 2020, bagging five goals and providing one assist in only four matches for Portugal. When it comes to his numbers at Juventus, they are slightly weaker than Messi for Barca. Ronaldo notched 36 goals and had 4 assists in 44 appearances which is more than enough to earn him a respectable 92 grade here.

Robert Lewandowski definitely deserved the right to be compared to Messi and Ronaldo thanks to his fabulous performances in the last several years. The outstanding Polish talisman led Bayern Munich to another Bundesliga trophy by bagging an incredible 41-goal tally in only 29 appearances in the previous term of the competition. Nonetheless, Lewandowski was, unfortunately, forced to miss the team’s decisive matches against PSG in the UEFA Champions League quarterfinal through the stretched ligament. He generally had a subpar season in the elite continental competition, scoring only four goals and providing no assists at all.

Also, his national team Poland failed to find a way out of the group phase at the EURO 2020 despite Lewandowski’s three goals in three games in the competition. Do not get us wrong, his stats are right up there with Ronaldo and Messi and there is generally very little to separate the three superstars, but we just had to give the smallest edge to the Argentinean for finally winning the big trophy with the national side, a feat he dreamed about for so long.

We now come to “the rest of the field”. Kylian Mbappe may be one of the most expensive players in the world at the moment, but we just can’t put him in the same sentence with the aforementioned trio in terms of FIFA 22 ratings. He has not won a single significant trophy last season. Besides another UEFA Champions League failure, Kylian Mbappe also lost the Ligue 1 silverware to Lille.

His national team were one of the main contenders for the title at the EURO 2020, but they shockingly lost the R16 clash to Switzerland on penalties. One of the best forwards in the world contributed with just one assist in four games (no goals). He did bag 42 goals and provide 11 assists in 47 matches for PSG in all competitions. Nevertheless, it is only enough to earn him the fourth position on this list.

Next up is Harry Kane who had a marvelous individual campaign for Tottenham Hotspur and team run for England in the previous season. The 28-year-old striker all of a sudden became one of the best creators in the English top flight. He had his career-high 14 Premier League assists last season. He added 23 goals in 35 Premier League appearances to make a serious case for the fifth position in this list.

Overall, Harry scored 33 goals and provided 17 assists in 49 matches in all competitions for Tottenham Hotspur last season. He backed it all up with the runners-up spot at the EURO 2020 as he bagged four goals in the knockout phase of the tournament for the Three Lions.

Kevin De Bruyne’s individual numbers are far less impressive than those we’ve discussed above, but the Belgian magician just had to find his place in this list. After all, he led Manchester City to the Premier League title and the UEFA Champions League final. Injuries certainly prevented a much better individual record for him, but the Belgian midfielder still posted double-digit hauls in both goals and assists for the season.

De Bruyne bagged 10 goals and delivered 18 assists in 40 appearances for Manchester City in all competitions. He was particularly impressive in the Champions League, delivering three goals and four assists in Man City’s route to the final. 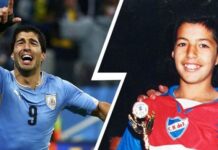 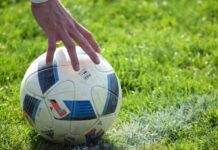 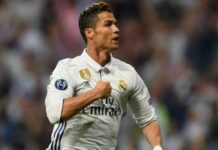