Opptrends 2021
Home Health How To Avoid Feeling Bloated During Your Keto Diet?

The keto diet is probably the most popular way to lose weight today. However, major changes bring some unexpected consequences, especially bloating. Is it possible and how to avoid bloating during the Keto diet? Here is the answer.

What Is The Keto Diet?

The keto diet is one of the most popular diets currently in the world. It is based on bringing the body into a state of ketosis, that is, by increasing the ketone bodies in the blood. Although this condition is usually counted in the disease – ketone bodies are formed when the glycogen stores in the liver are depleted. Then the body begins to use fat deposits for energy instead of carbs – and that is exactly what leads to losing weight. As with all lose-weight-diets, we must emphasize that there is no universal recipe – and that not every diet suits everyone. But much has been written and said about the keto diet – and it remains probably the most popular in the world at the moment.

Are There Side Effects To The Keto Diet?

If you don’t know, this diet is practically based on consuming fatty foods – with very few carbohydrates. The internet is full of keto recipes, tips, and dishes. Numerous celebrities advertise this way of eating – and probably someone among your friends is currently on a keto diet. Maybe you are thinking of trying it yourself. If this is the case, you should know that most keto diets bring eating habits – that are drastically different from those you are probably used to. This diet usually contains a lot of seafood, poultry, cheese, red meat, eggs, but also fats – as well as vegetables with few carbohydrates. Foods with carbohydrates and sugar are avoided – which includes most fruits. Because of all this, people on a keto diet go through major body changes – and experience various side effects, and record symptoms of how their body adapts to a diet low in carbohydrates and high in fat.

Feeling Bloated As A Side Effect

One of the most significant problems is feeling bloated. To help you get through this condition, read more about such side effects. You may also try a regular low-carb diet before you start with keto. That way, your body will learn to burn more fat – before you start eliminating carbohydrates. You probably already know by now that one of the basic mechanisms of the functioning of the keto diet – is the transition from sugar metabolism to fat metabolism. This change in itself is big enough and affects the organism in various ways. Numerous changes that take place in the body during the period of adaptation and the search for a new, better, more sustainable balance – can be accompanied by various symptoms, and one of them is the feeling bloated.

How Can We Avoid Feeling Bloated?

Experts advise that you first make some changes in your keto diet. This means trying to reduce your intake of foods that make you feel bloated. Also, you should practice more frequent and smaller meals. It is also very important that the allowed food you eat has fiber – to properly combine meals and regulate the rhythm of emptying.

Try To Regulate The Bile Work

With occasional changes in the keto diet, we allow the bile to concentrate in the gallbladder. That way, a sufficient amount of concentrated bile will be excreted during the meal – to digest the ingested food. Bile is also extremely important for the balance of microorganisms in the intestines – so it is necessary if we notice that we have problems with digestion, to take this factor into account.

You can take apple cider vinegar in the form of tablets or apple cider vinegar diluted in a glass of water. Try one to two tablespoons, to see how it suits you – and slowly increase the dose. It is recommended to drink through a straw – so as not to damage the teeth’ enamel. Pay attention to whether you can drink a solution of apple cider vinegar. If it doesn’t suit you for your stomach – then it’s just not for you. By consuming apple cider vinegar, we create a favorable environment in the stomach for bile secretion – and better digestion. When the PH in the stomach is not acidic enough – the upper sphincter between the stomach and esophagus does not close. Then we can experience symptoms such as heartburn, belching, etc. Of course, if you have damage to the gastric mucosa, gastritis, or ulcers – this is not recommended.

What Causes You Feel Bloated?

The feeling of bloating is a reaction of your body to a change in diet. Especially if you consume some of the allowed vegetables that make you feel bloated, for example, cabbage – then this is not an uncommon occurrence. However, bloating can also occur due to the filling of the bladder due to the intake of a larger amount of fluid – as well as due to digestive problems such as constipation or diarrhea.

Feeling Bloated Due To Bloated Bladder

When your body is in ketosis, your kidneys mix more sodium and fluid – which leads to the filling of the bladder. Therefore, expect to go to the toilet quite often. In the first days of your diet, your body will burn glucose deposits in the liver and muscles – and a lot of water is released during this process. When you urinate frequently, you lose electrolytes and minerals. This can lead to dehydration and cramps –  so it is very important to drink plenty of water and stay hydrated.

Feeling Bloated Due To Constipation

Many people get constipated during the keto diet. Whenever you lose fluid, you risk constipation. The main task of the large intestine is to regulate body fluids. This practically means that your body will draw more water from the stool if you are dehydrated, and then you rarely defecate. To fight this, as in the last case – drink plenty of water and try to increase fiber intake.

Constipation can occur if there is no good balance of microorganisms in the intestines – or there are not enough enzymes that can digest vegetables. Initially, focus on those easily digestible vegetables, such as lettuce – and then gradually introduce the rest of the vegetables, to develop the necessary microorganisms and enzymes for their digestion. It’s like training for the digestive system.

Diarrhea As A Cause Of Bad Stomach Feeling

Diarrhea when switching to a keto diet is mostly transient, short-lived, and occurs as a side effect of the body’s adaptation. If it lasts longer than a day, two, or worsens, it is necessary to consult a doctor – to exclude other causes. The main tips for this condition are the replacement of fluids and electrolytes through keto soups and broths -and of course, watch if any new foods you introduce specifically provoke this condition.

We hope that we have managed to explain to you the causes and methods by which you can prevent bloating during a keto diet. Keep in mind that this is mostly a temporary thing. However, if the problem persists and becomes chronic – contact your doctor to find the causes – and eliminate these consequences of dietary changes in another way. 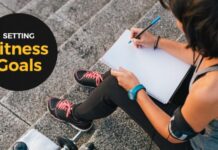 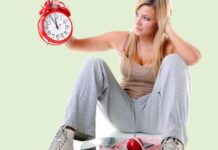 How Long does it take to Notice Weight Loss – 2021 Guide