There is almost no business in the world that doesn’t have a video as a part of its marketing. Shooting a video is one thing, but making it look presentable is a whole different story. While many like to talk to the camera, or record a beautiful landscape or a sunset, many try to avoid editing video footage and find the process to be very exhausting and difficult. If you can’t or won’t hire a professional designer to edit your video clip, try using these tricks to help you save some time while still doing the work properly.

First, a quick tip, use J, K, and L on your keyboard to go back, pause or speed up your video. It’s a nice time-saving shortcut. If your software supports it, use keyboard shortcuts as much as possible. Once you get the hang of it, it will go much faster than clicking with your mouse. To trim top and tail, beginning and the end of the video, some software use shortcuts too. In Filmora 9, for example, to trim start is Alt-[ and to trim the finish Alt-].

Think about editing while shooting

Do not shoot any excess video clips that you actually don’t need. Extra footage means extra work and a lot of wasted time in the editing process. While still holding the camera, think about whether you really need all that film. If you don’t, stop right away and save a lot of time. Keep your goal in mind, and if you feel that you’re overdoing it, stop recording. It’s just going to pile up without any purpose whatsoever.

Make your last frame or your last sentence in the video your best one. Sum up the whole video, and make your last words in the video echo even after users of the end product shut it off. Nailing your last frame, or sentence can save you a massive amount of time in editing. When you come to this part, start from finish all the way up to the start. So, start with the frame that you are thrilled about, that last one, and work your way to the next one that you are happy about. This will help with two things. First, it will have you work faster, and it will remove the need to cut your sentences and then trying to patch it with another one. This is a tedious task and can take hours if not days.

Make notes to yourself

While still shooting, make certain moves, like waiving or clapping, to make a note for yourself later that that particular piece of the video should be moved to a different time slot, or removed altogether. This way you will save yourself some more time, with knowing exactly what to do with certain frames even while still filming them.

Create folders for everything and name them by something that you can easily figure out later. For example, organize them by the camera that you are using, or by the location you were filming at. Separate video from audio recordings. Organize as much as you can, making it so much easier to find stuff later in your computer, thus saving you time.

Drag all your footage that was previously well organized in folders, into your editing software together with all subfolders, making it easy to find. Some software won’t let you do this, in which case you will need to import folders one by one and name them again. It’s still worth it, since putting a little time in now can save you a whole lot later.

Drop all your footage in the right timeline, which means in the sequence that they are shot at. The record settings that you put while recording should be the same as the project that you are editing in. If you shot in 4K than create a 4K video in editing which will help you when exporting and getting the best quality output.

If you are shooting with multiple angles or shot your audio externally, match everything up. Doing this later in the process can get you all mixed up, wasting you even more time trying to sync video with the audio, or two video frames. So, better sooner than later applies here well.

Cut out everything that you are absolutely sure that you are not going to be using. Mistakes, bad takes, wrong text, wrong angle, or just about anything that you are positive is unusable. But, if you are not so sure, if you even think that it could help you down the road, do not throw it away. Keep it for the time being, until the end of the process. This will lessen your workload ultimately saving you time.

You came a long way, so it might be to save the work you did so far. If you organized it well and you cut out all the unnecessary parts, save your timeline in case you need to revisit it later. It will save you time going all the way back to the original footage. Once you’ve done this it’s time to play around with your video footage. Move around parts, reposition them in more logical time, and just put the filming together. Once you have your timeline in the order it’s time to put any audio or music that should be part of your finished product.

These are some starting tips on how to even begin editing your videos. After you master these basic steps, you can later go into nitty-gritty editing details. To tighten up your edit, you will need to go into frame-by-frame specifics matching the beat of your audio, cut, move and patch in together different sequences. This is the moment where your video will start to take some shape, and with the good plan ahead of you, you will start to see the light at the end of the tunnel.

Becoming a good video editor is not an easy task at all. However, the pieces of advice that we gave you will surely be helpful. Yet, using the right “equipment” is crucial if you plan to achieve the best possible results. In this case, you need to find the right video editing program. The purpose of this article to be helpful in different ways. Because of that, we would like to recommend one program that might meet your requirements and expectations. 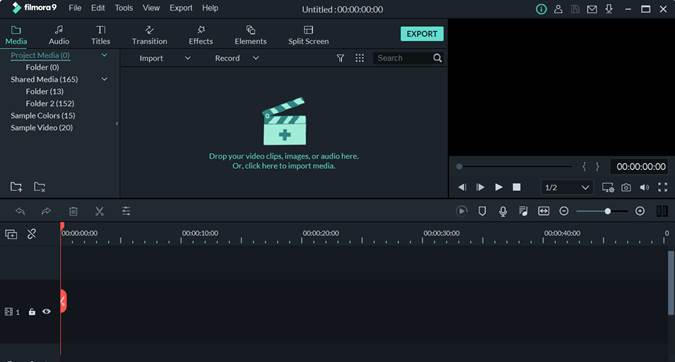 The program we suggest is Wondershare Filmora9 which can be found on filmora.wondershare.com. Well, some amazing features can bring benefits to your work. First of all, fisheye and camera shake are common problems that we deal with often. Well, whit this program you can solve that problem by adding effects like reverse or slow motion. Despite that, things like adjustable preview quality, proxy files, and fast processing will help you be more productive.

We are sure that you are not editing videos for yourself. Fortunately, you can easily upload your work from Wondershare Filmora9 and share it to any platform.
Still, you should know that the program itself has some system requirements. However, each person that participates in the video editing industry should possess quality equipment. Because of that, we are sure this will not be a huge problem.

For start, you can run the program only if you have Windows 7/8/10. The important thing is that your Operating System has to be 64-bit. It won’t function if your PC has a 32-bit OS. Despite that, your CPU should be at least Intel i5 or better (2GHz+). It is recommendable that you have Intel 6th Generation or newer for the best possible performances.

4 GB RAM would be enough to run the program. Still, it won’t be enough if you plan to work with HD and 4K videos. In that case, it is necessary to have at least 8 GB RAM. Graphics like AMD Radeon R5 or Intel HD Graphics 500 would be good. Still, we invite you to regularly update your graphic drivers.

Well, system requirements were necessary pieces of information for every potential user. You should check the program and confirm the quality that we talked about.