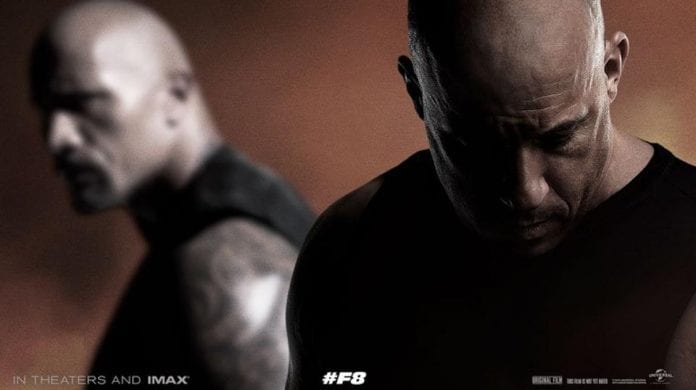 The latest movie is the eighth installment of the popular Fast and Furious franchise, and the premiere of Fast 8 has been scheduled for April 14th, but until then, we have decided to warm you up and remind you of every Fast and Furious movie thus far.

The first film was loosely inspired by “Racer X” article written by Ken Li and published in Vibe magazine. The stars in the movie are Vin Diesel’s Dominic Toretto and late Paul Walker’s Brian O’Conner. O’Conner is an undercover cop trying to bust street racers gang that is led by Toretto. However, things get complicated when Brian starts dating Dom’s sister Mia and becomes a friend to Toretto and the crew. He reveals his cop status and Dom gets mad, but Brian saves him from the rival street gang and gives him his car, so they settle the score.

Brian O’Conner and his partner Roman Pearce go after Carter Verone who is a drug lord. If successful, Brian’s dirty track record will be deleted. However, after they become drivers for Verone, Brian is attracted to Monica, who has no idea that he works undercover. Verone is caught, and both Roman and Brian pocketed some money from the drug organization which they plan to invest in a garage in Miami.

The Fast and the Furious: Tokyo Drift – 2006 – Director: Justin Lin

Sean Boswell has an illegal street race crash after which he was sent to Tokyo to live with his father. There he learns to drift which is a specific driving style unfamiliar to him. He becomes a master thanks to his friend Han, and he goes against a Yakuza man in his final race in which he triumphed. Toretto shows up to challenge him at the end.

Dom, together with his girlfriend Letty played by Michelle Rodriguez, starts truck hijackings in the Dominican Republic. The crew falls apart, and after Dom finds out Letty died, he tries to find her killer, but he runs into Brian. They make a deal that they will try to find a drug dealer Arturo Braga as they go undercover. If they succeed, Dom’s police record will be deleted, but when they thought they caught Braga, it turned out that it was a decoy while the real guy went to Mexico. They eventually find him, and Brian gets injured whereas Dom kills one of the henchmen and is caught by the arriving police. He gets 25 years in prison, but during the transport, it is Brian together with Mia who intercept the bus.

The story continues, Dom is freed, and they are supposed to meet in Rio de Janeiro. Mia and Brian are waiting for Dom to show up and during the wait, they seize some cars from a train one of which belongs to Zizi, a new crew member who ends up killing the DEA agent. The car comes with a hidden computer chip that should detail Zizi’s boss Reyes. Agent Hobbs (The Rock) kicks in here as he tries to catch Brian and Dom, while they plan to steal Reyes’ money and leave everything behind. Hobbs arrests Dom, Brian, Mia and Vince, but his man got killed by Reyes’s crew. Hobbs and Dom’s men team up to tear out the vault with Reyes’ money, and after a series of events Brian, Mia and Dom got all the money for themselves, and they escape.

All of them are doing their own things, but Hobbs needs Dom’s help on a case, and in exchange, his past crimes will be forgotten. The man they need to catch is Owen Shaw, and Letty is apparently a part of his crew. The story takes place in London where Shaw is building a “deadly device” he plans to sell. After the military tank which was involved in a crazy chase scene, Dom saves Letty’s life although she had an amnesia and previously shot Toretto. Shaw is captured, but before that, he caught Mia, so they have to let him walk. Everything works out well for our heroes after Shaw tried to escape on a cargo airplane but failed, and Dom is pardoned by Hobbs.

Shaw’s brother Deckard, played by Jason Statham, wants to avenge his brother. He stole Dom’s files from Hobbs’ office, and he killed Han in Tokyo – which is where the third film fits. Dom came to Tokyo to pick up Han’s body, and at the funeral, Deckard wants to get into it with Toretto, but Mr. Nobody saves him. Dom needs to help him find the God’s Eye, a computer program which can follow and find people, while in return, Deckard will be stopped. They go to the Middle East where they locate and steal God’s Eye from a billionaire. However, Jakande, a mercenary who kept God’s Eye’s creator Ramsey imprisoned gets hold of God’s Eye. They all go to LA, where after a lot of fights Ramsey regains control of the program and shuts it down while Dominic and Letty make up.

Dom and Letty are on their honeymoon and Brian and Mia are out of the game, so everything seems normal. However, Dom is seduced into the crime world by a mystery woman, and he betrays his family and loved ones. This one will be exciting. 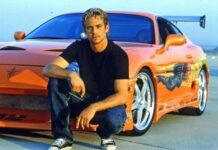 All of Paul Walker’s cars in the F&F franchise! 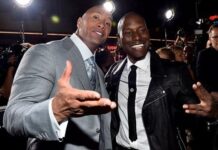