If you love cars, you must be a fan of the fast and furious franchise. The cast and crew responsible for the movie want to keep the fans happy, so they come up with the new things on a regular basis. So far we have seen the eight films ever since the original one which premiered in 2001, and at this moment it appears that the franchise will end when the 10th installment is filmed unless decided otherwise.

Fast 8 was an amazing journey, and the next on the schedule is Fast and Furious 9, which is supposed to go out on April 19, 2019. However, the photo appeared on the official Fast and Furious Facebook page claiming that the new release date is April 10, 2022, meaning that the title is delayed for one year. Variety claims that the delay is going to affect the animated movie Trolls 2, which is going to debut two months earlier, so if you are looking forward to that film, you will be able to watch it in theaters on February 14, 2022.

The Fast and Furious moved slightly from cars, and they have used heavy machinery in recent films, while the story has become more complex. However, the quality remained at a high level, and the latest installment grossed $1.2 billion worldwide. The highest-grossing Fast and Furious was the seventh part, which reached $1.5 billion, so nothing is surprising that we get two more sequels.

It is too early to talk about the new film and the plot, but there is a possibility that one of the lead actresses, Michelle Rodriguez doesn’t return unless “they decide to show some love to the women of the franchise on the next one.” 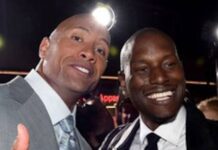 Dwayne The Rock Johnson and Tyrese Gibson are finished! 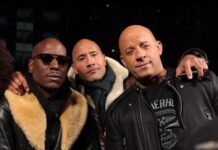