Fast and Furious buffs know very well that The F&F movie franchise is more than just that. The crew on the sets of these iconic action movies grew a strong bond together and became practically one big family.

As you may recall in November 2013, Paul Walker (played Brian O’Conner) met his premature destiny losing his life in a car accident during a test-drive. This is something that shocked many of the franchise and Paul Walker‘s fans. We all believed that after Fast 7 there wouldn’t be any more sequels but latest news proved us wrong. Fast 8 is shooting, and the news is that we might see Brian O’Connor once again.

Caleb and Cody, Paul’s brothers, shared this information in their recent interview. They told Entertainment Tonight that they participated in earlier discussions about the possibility of Paul’s character coming back to the next installments of The F&F movie franchise. Caleb said “I had a phone call with Vin (Diesel) for about an hour, and we really discussed this a while back. He wanted (our) blessing. Diesel asked if it would be acceptable to maybe bring Paul’s character back … to really kind of let his fans know he’s still out there.”, and added that “Universal (Studios) wants to make sure to be respectful of Paul and his image too, and his family.”

Each and every fan out there, including myself, knows that Brian had the most heartbreaking, parting-ways scene with Dom at the end of Fast 7. In that scene you could see them together once more on the open road, on their “last ride” with an eye-watering monolog from Dominic, splitting happily and with a big smile each on its own path.

Now there is a ray of sunshine that the “last ride” isn’t going to be that – LAST! Can’t wait to see O’Conner again behind a wheel where he belongs. 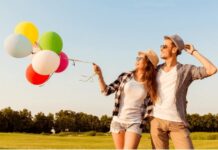 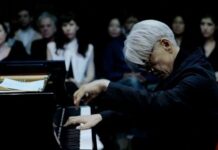