Football or soccer is the most popular sport. You will manage to hear people saying it is the second most important thing in life. However, we can’t neglect the huge popularity of other sports like basketball, hockey, tennis, etc. There are also some sports like cricket that are especially popular in the south and south-east Asia.

Some people will always strive to find enough time to follow the matches of their favorite team. Despite that, they are willing to spend money on the equipment of their favorite club. When we talk about individual sports, some athletes are some sort of Gods in certain countries. For instance, Mo Salah is one of the most popular individuals in Egypt. We can get back to the past and talk about some of the best players of all time like Maradona. He retired many years ago, but he is still one of the most popular people in the world.

Big supporters of football/soccer are also big supports of sports betting. It is an entertaining activity that can bring you a decent amount of money. However, becoming rich over the night with sports betting is not possible. You will need to invest time and effort to learn how to predict certain things.

It is not a secret that sports betting has a bad reputation. Some people claim that becoming rich in that way is impossible. Fortunately, some real-life examples will confirm that statement is not correct. We prepared a list of the most famous sports bettors in the world. You will probably surprise when you see a couple of names.

It would be unfair not to start our list with one of the greatest sports bettors of all time. Believe it or not, the incredibly intelligent bettor managed to develop a successful betting tactic that allowed him to reach more than 30 consecutive winning years. That is a streak that no one ever managed to reach. It is hard to believe that someone will manage to achieve the same in the future.

Still, we need to highlight that Billy was not working alone. He became a partner with a Computer Group organization. That organization was his biggest support during the 80s.

It is hard to say how much money Billy Walters earned for 3 decades of successful betting. However, in the best days of his career, he was winning around 50 million dollars per month. That amount of money people usually can’t earn for the entire life.

Yet, we need to highlight here one simple thing. Some people may say his success was a matter of luck. The luck can help you earn money a couple of times. When you have more than 30 years of successful betting behind you, that only means you are a professional. Billy invested a lot of effort to analyze the games and improve his skills. That is the message we have for you as well.

Tony Bloom is a billionaire entrepreneur and a huge fan of sports. He also claims ownership of Brighton Hove and Albion which confirms his passion for sports. It is hard to say how much money he made and which tactics he exactly uses. We only know he bets usually on soccer and the amounts of money he invests are huge.

We once again need to send a message to you. Tony Bloom is not successful because of the big amounts that he invested in. He watched and analyzed a huge number of games before placing some bigger bets. You should not start investing a lot of money until you improve your betting skills. Being a soccer fan and successful soccer bettor is not the same thing. Fortunately, living in the 21st century is an amazing thing. People can now bet from the comfort of their room. There are many websites like Betway where you only need to register and place your soccer bets. It is a great place where you can test your luck and skills with smaller amounts of money. After you start believing in your skills, you can raise the bets you place.

The first thing that we can say about Bob is that he is one of the innovators of sports betting. He managed to achieve his biggest success during the early 1990s. However, when you check the tactics he was using, you will easily notice he was ahead of his time.

Believe it or not, his journey started when he was only 20 years old. You probably think he managed to become a millionaire in the first two years of his “betting career”. Yet, he had to work hard for 5 long years to become a rich and successful betting professional. When he was 25, he was making around 1 million dollars a day.

There is one important thing that you can learn from Bob’s example. He realized that he can’t be a bettor for his entire life. Because of that, after he earned millions of dollars, he stopped betting and started investing. Now, he is one of the heading individuals at Dallas Mavericks. In other words, he used the knowledge about basketball in another way.

Micheal Jordan is well-known as the greatest of all time. After he retired, he started to bet actively and earn some decent amounts of money. Yet, it seems that he was a better basketball player than bettor.

Before everything, we need to say that he was not betting on basketball at all. He focused his betting career on golf. Thanks to his story, we can also share with you another important piece of advice. Jordan managed to lose around 1 million dollars in one round of golf. You should not be too confident in your skills. You must remain objective even when making millions of dollars daily. Many bettors become addicted to money-making. Because of that, they are always trying to earn more and more. Be grateful for the money you previously earned and turn off emotions each time when you place a bet. That is the only way to remain successful and profit from this entertaining activity. 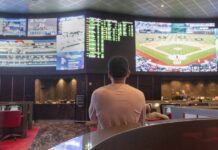 What are the Most Common Mistakes Sports Bettors Make?