The Atlanta Falcons might not have as much experience as the Patriots have since they only have four players that have already played in the Super Bowl. But, they don’t lack the confidence. When you are playing in the biggest game of your career, you need to trust your abilities. Devonta Freeman doesn’t lack the confidence at all.

“We can do whatever we want. Pick your poison. We’ve had the game plan. The game plan doesn’t change, ” Atlanta Falcons’ running back stated.

The defense of the New England Patriots will have and try to find a way to scheme for Julio Jones. But, he is not the only guy that they’ll need to worry about as New England’s linebackers will have their hands full with Devonta Freeman and Tevin Coleman who are major playmakers for Atlanta out of the backfield.

This duo has had 171 yards from scrimmage yards per game and 27 total TDs, and that is the best among all the running back groups this season. Coleman and Freeman were also only the third tandem in league history to tally 10-plus scores each on a Super Bowl-bound team.

“I feel like I’m a top-three back, if not the best. The numbers I put up while splitting carries, ain’t nobody doing those. I’m elite But it’s natural for me to help Tevin. ”

New England has the top scoring defense that has improved over the course of the season. Jamie Collins is not on the team now, but Logan Ryan and Kyle Van Noy have filled the void that he left. It will be interesting to see who will win the matchup between Patriots’ linebackers and Falcons’ backs. 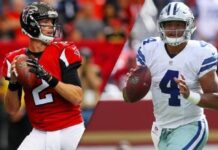 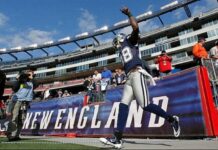 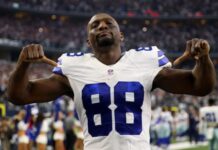 Dez Bryant Is Not Worth What Cowboys Are Paying Him