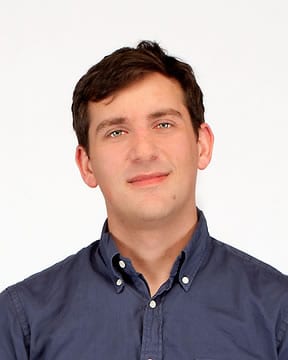 Names that are popularly taken, when it comes to Facebook Inc (NASDAQ:FB) founders, are Mark Zuckerberg stands, followed by Eduardo Saverin. Then there’s Dustin Moskovitz, as well as Chris Hughes, owner of the New Republic. However, now we know that Facebook did have a fifth co-founder Andrew McCollum, who recently talked to Mashable.

McCollum told Mashable, “I try to fly sort of below the radar intentionally.”

Zuckerberg called McCollum, when he wanted to take help with the site appearance. “There’s no one else to do it. You just have to figure it out,” Zuckerberg said McCollum that time, according to McCollum.

McCullum was the man behind face of Facebook Inc (NASDAQ:FB) once, a picture of a young man peppered with binary code. Additionally, he was responsible for a lot more, working with the team’s first California headquarters. However, in 2005, McCullum made up his mind to get back into the college.

The 31-year old says that working with Facebook Inc (NASDAQ:FB) was once-in-a lifetime experience. McCullum told Mashable, it was his decision to leave Facebook because had he stayed, it would have been difficult for him difficult to leave. Since then, he has maintained a distance with the media.

McCullum, recently, became the CEO of a four-year-old Boston Area Company, Philo, which like Facebook is founded by Harvard students. The site of the company states that it is the only way to watch TV at Harvard, and is spreading in other colleges as well. Its target audience is students is similar to what Facebook targeted in its early days.

John Tenanes, vice president of real estate and security at Facebook said that the social networking company will continue to grow overtime and for that more land is needed. Facebook Inc (NASDAQ:FB) representatives have not revealed what the company is going to do with the recently purchased land. Currently, the company owns four Menlo Park locations in the vicinity of each other.