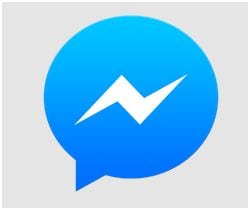 Facebook Inc (NASDAQ:FB) has launched a mobile payment gateway on its Messenger in New York City and its adjoining areas. The company also announced plans for making the payment program available for Big Apple soon as they do not want to expand too quickly. The service was earlier available only in select U.S. cities like Seattle, Portland, and Austin and will be available across all iOS and Android mobile devices and personal computers.

The company said that they were updating the feature to make it easier for the users. The mobile payment program helps users to send and receive cash with their Facebook Messenger app while on the go. The integration between the Messenger and the mobile payment feature is a smart move that the company is implementing to improve its customer interface. Also, while chatting in a group, one can easily select the friends to whom he needs to make payments and get it done.

As of now, the other Group Chat members can see who was paid and the amount, but future updates may make this system more streamlined. For now, users can make payments individually.

According to the predictions made by the Forrester Research analysts, by 2019, the mobile payment platform would reach $142 billion, and it was estimated at $52 billion in 2015. In the upcoming upgrade, the users will see a hyperlinked dollar sign with their amount, and this will help ease the payment process. So now instead of using debit cards to make online payments. Friends just need to tap on the dollar sign on their Messenger app to chat and make payments at the same time.

Facebook’s spokesperson said that before making the payment, the user can also confirm the payment. He said that the feature was similar to the way Messenger hyperlinked addresses, website addresses, and phone numbers.

These new additions in Facebook Messenger are part of a bigger plan to make the service a one-stop solution for all the communication needs of the users while on the go. Currently, only half of Facebook users pegged at 1.4 billion users use the Messenger app.