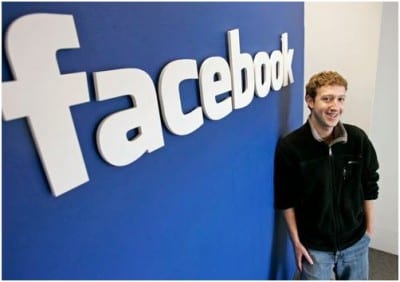 Facebook Inc (NASDAQ:FB)’s founder and CEO, Mark Zuckerberg seems to have found favor in the life of Tony Stark who is the alter ego for Iron Man. So much that he considers his way of life to be quite impressive and even went further as to hoping he live such a life as well. Zuckerberg on Sunday stated as saying that for 2016, he wants to develop an artificially intelligent assistant that can manage his home as well as provide him with virtual reality models of his work.

He went on to say that his resolution for the New Year is to create a powerful machine, and his own objection for 2016 is to make an AI that assists him in doing his work and helps him with the management of his household. He said that this AI which he is intent on developing can be compared with Jarvis in the Iron Man movie created produced by Marvel.

Mark says his first step to bringing this dream to a reality is to refresh and further broaden his knowledge in the world of technology, by finding out about the technology that is already present. He went in details to say, that this particular artificial intelligence should be capable of doing certain primary functions such as temperature, music and light control.

In addition to that, the system should be able to determine when there are friends at the door and let them in, not to mention alerting him anytime his newborn daughter is in need of attention. All of this sounds quite doable, even in the eyes of the ordinary home builder. One piece of technology which he has found remarkable is the Amazon Echo, given the functionally of regulating the music with his voice, while his two hands are busy taking care of Max.

Moving to more goal-oriented work, he said he wants to teach his “virtual butler” to let his friends inside when they press the doorbell and notify him about activities in Max’s room that may require him to act accordingly, whether he is close-by or not. While from a work perspective, it should assist him with conjuring up data in virtual reality that in turn will help in building better services and to effectively manage his organization.

He considered the project to be a fun and intellectual challenge for him and he’s also looking forward to imparting the knowledge he will learn over the one year period. Mark’s personal growth challenges in recent years include learning Mandarin, meeting a new person every day and reading two books per month.

In last year, he made a pledge to contribute 99% of his earnings to a charity in honor of his daughter’s birth and went on to support a bid by the United Nations for global internet access by 2020, as part of an even larger effort to eliminate poverty by the year 2030.