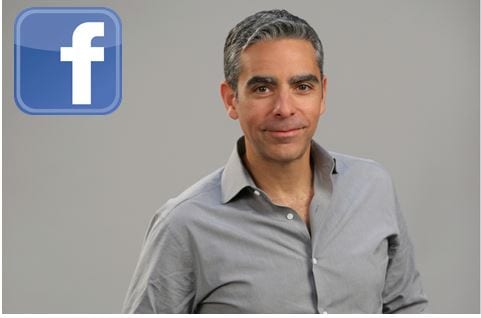 According to the social network giant, Marcus will be responsible in leading its initiatives in mobile messaging. Facebook Inc (NASDAQ:FB) emphasized that messaging is a central part of its service and the key towards achieving its mission of making the world more connected and open.

The social network giant said 12 billion messages are sent through its platform every day. Its recently launched Messenger, the standalone messaging app of Facebook Inc (NASDAQ:FB) is currently used by more than 200 million users every month.

“We’re excited by the potential to continue developing great new messaging experiences that better serve the Facebook community and reach even more people, and David will be leading these efforts,” according to Facebook Inc (NASDAQ:FB) in a press statement.

Marcus is a respected leader in the tech industry

Marcus is one of the respected leaders in the technology industry. He is widely known for his record in developing great products and finding creative ways in turning it to great businesses. He learned to write code when he was 8 years old and he launched his first startup at the age of 23.

During his tenure as president of PayPal, he delivered impressive new product experiences for customers and businesses; drove new innovations in mobile commerce and achieved impressive growth. He joined the payment service provider as vice president of the mobile in 2011.

Earlier this month, Facebook Inc (NASDAQ:FB) confirmed its acquisition of Pryte, a mobile data plan startup founded by veterans in the internet and telecommunication industry.  The startup allows users to purchase a single mobile data plan on a need-to or per mobile app basis, which could be attractive in emerging markets.

Facebook’s Vanessa Chan said, Pryte was acquired by the social network giant because it was interested with the team behind it, which means the move was an “acqui-hire.”  Chan emphasized that Pryte has a valuable experience and working relationships with wireless operators particularly in emerging markets.