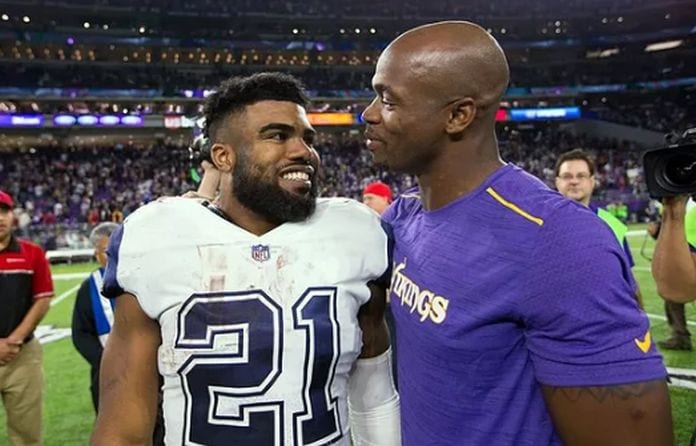 The Dallas Cowboys suffered a loss in a very important divisional game on the road against the Washington Redskins. They have fallen to their rival with the final score of 20:17. It was a low-scoring clash where the stakes were pretty big. The winner of this match became the leader in the division. This is the game that the Cowboys usually win, but this time, they couldn’t get the job done.

The defense showed up like they did the whole year so far. But, on the other hand, the offense was pretty bad.

Dak Prescott had a good performance passing the ball, but the fumbles really cost this team a lot. Because of that, we can say that Dak was decent, just not good enough. Still, he did outplay the opposing QB since he passed for almost 100 more yards than Alex Smith. One rushing TD and one passing TD were also a nice addition to his figures. It is interesting to note that Smith is the eight highest paid player in the league, making over $23.5 million this year compared to Prescott’s super low $630k.

But, the Cowboys didn’t expect that they are going to get outplayed when it comes to the running back position. Ezekiel Elliot had the second-worst game of his career as he rushed for only 33 yards on 15 attempts. This was horrible. This translates to just a bit more than 2 yards per carry. Nobody expected this to happen and he needs to be better in order for this team to be successful.

On the other hand, we have a veteran running back Adrian Peterson who turned the clock and ran for 99 yards on 24 attempts, making some big plays that we haven’t seen from him in a while.

Yes, that call at the end of the game that made it a 52-yard field goal instead of a 42-yard field goal is something that had a part in Cowboys losing, or at least not having a chance to win in overtime. Still, there is no doubt that the running game is their strength, so they need to get more from Zeke.