Bitcoin has been around for some time now, and the way things stand it’s not going anywhere. We could even say that it’s going through a renaissance at the moment with prices soaring up. It gained wider respect in recent years; so much that Tesla CEO Elon Musk is investing in it. Back in January when this happened the cost of BTC went up to $44,000 at the time. After this, many people estimated that it could even reach heights that are over a hundred of thousands of dollars worth.

The hype is still real as we’re writing this article and more and more people want to invest in this cryptocurrency. The question that bothers many, is whether should they do it right now. Even those who are willing to dip into this pool right away have their concerns. There are many questions to answer and in this text, we’re going to cover the four biggest concerns experts have about Bitcoin in 2021. Let’s see what they are.

Too Risky for the Average Joe?

At the end of the day, we’re all new to BTC. Ten years isn’t too much time, and if you’re hearing about it due to recent events you are a rookie in this field. Regardless of your experience, you need to know and are probably aware that investing in cryptocurrencies carries a high risk due to their volatility. While today the price is still soaring up, only a few years ago it was going down and it looked like it’s not coming back. But as you see the experts back then were wrong.

Bitcoin could go up or it could go back to its value from 2017. It’s just how things are. There are a lot of risks, but also a lot to gain. In this way, it’s rather similar to gambling. The way Mark Cuban put it; do not invest more than you can spare to lose. The crash isn’t incoming, but it could happen in a few days. We can’t be sure about it. If you are new and don’t have experience with BTC start small, and see where it takes you. A good place to start would be thebitqtapp.com/de or similar websites where you can make your first crypto steps without too much pressure.

The Safety of BTC Wallets

Half a year ago, a cyber-attack originating from Twitter, managed to reach the accounts of Joe Biden, Barack Obama, and even Elon Musk. The consequences were seen in unauthorized BTC transfers. When an attack of this sort, can reach celebrities like these, what does it mean for us regular people? This question started popping out, and the safety and security of BTC wallets were brought into question. Managing BTC doesn’t require a full introduction on your part, but it is not anonymous by no means. It all comes down to the series of complicated transactions, numbers, and letters written in the BTC blockchain which could lead to any given person if broken.

Luckily, it is hard to break down a blockchain to gain all this information. It would take too much time, money, and effort for it to be worth it. The breaches that happen are targeted ones, but they couldn’t have happened without the strike of luck. The BTC isn’t unsafe on its own. It all comes down to the end-user, who if not careful enough could become a victim of a scam.

The Relationship With Fiat

At the moment of writing this article, most people take advantage of their BTC once they convert it to a certain fiat currency such as the US dollar or Euro. According to sources from financial institution PayPal, you’ll be able to do purchases on their platform via Bitcoin during the ongoing year. What this means is that they’ll deal with all the transactions and conversions that you must do when converting BTC into fiat. This process will be shorter, as it is dubbed to take too long at times. Another aspect is the fees involved, most transactions and conversions need fees to be covered. It all goes at your expense as of now. In the future, it is expected that these fees are going to be lowered which will make everything cheaper and more likable by users. But, despite the lower costs that are expected in the future, most users want to be able to buy things with BTC all over time.

Is Bitcoin a Bubble?

Many people expect BTC to burst as the real estate bubble did more than a decade ago. It was an event like the one that happened ten years ago that sprouted the birth of BTC. Bitcoin came close to it back in 2017, but it managed to bounce back in only a matter of years. At the moment, considering the situation and general volatility of this digital currency, many experts are seeing BTC in a state of a bubble. But, things aren’t the same like they were four years ago. Back then the price soared down due to speculations by retail investors, while today it is rising thanks to institutional investors. Thanks to them, BTC is more valuable than it ever was. Many big companies are backing it, and its rise is not a coincidence. When you see big names such as PayPal and Fidelity, or Square and Paul Tudor Jones it’s easier to put your money into it. But, at the same time, we have a massive financial figure in the shape of Warren Buffett who sees no happy ending for cryptocurrencies.

As you can see, there are a couple of major concerns regarding this particular cryptocurrency. All of them are easy to understand and based on what we told you you can decide for your future investment. Just remember, as Del Boy once put it: He who dares, wins! While the future of virtual currencies might be foggy, they’re the talk of the street now, and maybe you should listen to it. 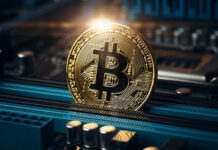 How to Buy Bitcoin Near Me – Reliable Options for You 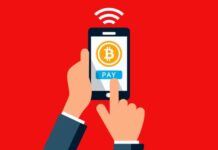 How to Use Bitcoin Payment as a Method to Attract More Customers? 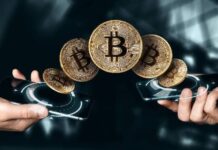 5 Ways Digital Currencies are Transforming the Future of Money 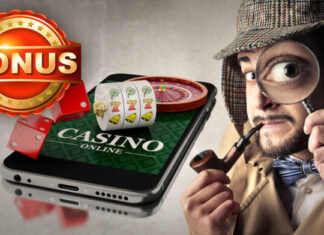 How to choose an online casino and don’t miscalculate?

Richard Orland - October 20, 2021 0
Online gambling continues to captivate the public thanks to its novel alternatives. If you want to participate in the best platform, choose licensed casinos,...

What Kind of Hosting Service Do I Need to Open an...