Opptrends 2022
Home Entertainment Evolution of Birthday Traditions Around the World 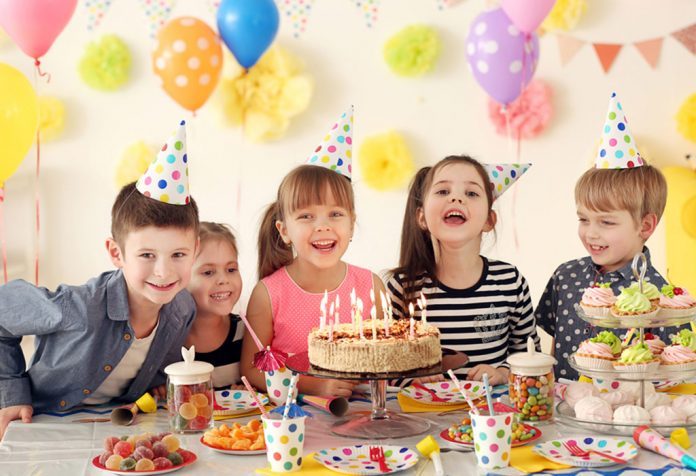 Birthday is a special occasion which makes us realize our worth in the lives of the people around us. People make the effort of conveying their warm wishes and gracing the occasion with their presence. They also shower us with love through thoughtful birthday presents. Many cultures around the world celebrate birthdays with various traditions that symbolize their cultural practices. We all look forward to birthdays but how many of us are aware of the origin of birthday traditions?  Very historians have come up with various theories which shed light and offer a glimpse of the gradual evolution of birthday celebrations in various corners of the world.

In prehistoric times, humans could not trace birthdays as there was no means of tracking time. They resorted to the moon and sun to track important events. Gradually, they started observing the cycles of the moon to mark the season changes. The repetition of these changes led to the invention of the first calendar which consequently served as an incredible tracking system of time and seasons. This enabled people to keep an account of birthdays and other significant milestones of life.

The Greeks celebrated the births of their Gods and Goddesses.They made moon-shaped cakes to appease Artemis, the Lunar Goddess. To top it all, they added candles to the cake to send prayers and to replicate the radiance of the moon.

Initially, Catholics believed birthdays to be celebrations of evil owing to the association with Pagan Gods and original sin. According to them, humans were born with ‘original sin’ after Adam and Eve ate the forbidden fruit.  Christians discarded this thought in the 4th century and began commemorating the birthday of Jesus or Christmas.

By the 18th century, birthday celebrations became popular in many countries. Germans started celebrating the birthdays of the kids. These celebrations were all about birthday cakes and candles. Every year, one candle was added to the cake in anticipation of another blissful year.

Industrial Revolution made sugary cakes easily available to the masses

Before the Industrial Revolution, sugary cakes were only available to the affluent class as the ingredients were expensive. The industrial revolution popularised the celebrations and made the ingredients more accessible. Bakeries started offering pre-made cakes at reasonable prices owing to mass production.

The legend of the Birthday song

Today, birthdays are incomplete without the famous birthday song. Two sisters called Mildred J.Hill and Mildred J. Hill, who worked as teachers in a school, wrote a song called ‘Good morning to all’ for the students in 1983.  The song created quite a buzz among the people. In 1924, Robert Colemon published a songbook which featured the same song with the same tune and also added a few extra lyrics. This song is called ‘The Birthday Song’ and has a wide popularity today.

Birthdays were celebrated according to lunar day

In present times, birthdays are celebrated in every part of the world in adherence to the English calendar. But in India, birthdays were celebrated as per the tithi or lunar day as per the Hindu almanac in the yesteryears. But according to the Hindu traditions, celebrating birthdays as per tithi had a special spiritual significance. Going by the Vedic timekeeping, a tithi is a duration of two faces of the moon that can be seen from the earth. Experts believed that good wishes and blessings are highly effective especially on the tithi of birth. It helps us combat with obstacles in our lives and helps us to attain spiritual awakening. Birthday celebrations were different in Satyayug, Tretayug and Dwaparyug. Spiritually evolved people would be called to bless a child on his first birthday. They would wave a lit lamp in front of the birthday boy or girl which was called aukshan. They would also shower rice grains smeared with saffron in various parts of the body thereby activating chakras in those areas. This ritual was called akshata. 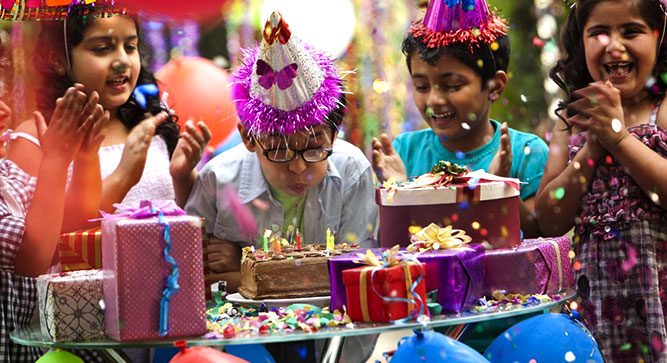 Today, birthday celebrations in India is a unique amalgamation of western practices and Hindu rituals. While cake cutting, feasting, the quintessential ‘Happy Birthday’ song are integral parts of Indian birthday celebrations, various traditions of yore continue to exist. Early morning visit to temples, aarti, applying tika on the birthday boy or girl’s forehead, sweet treats, touching the feet of the elders are some of the common traditions. On the child’s first birthday, the head is shaved off. Apart from these rituals, cake cutting, birthday parties and exchange of gifts are integral parts of the birthday celebrations.

Giving gifts on birthdays is important to commemorate milestones and show one’s affection and love. If you are away from your loved one on their birthdays, choose GiftstoIndia24x7, India’s premier gifting platform. It has revolutionised the concept of gifting. Be it 24×7 customer support, user-friendly interface, same-day delivery, a diverse range for diverse tastes, it has all the features that makes this platform a one-stop destination for your gifting needs.  Send birthday gifts to India and create everlasting memories.