Opptrends 2022
Home Health Who is most likely to have Eating Disorder Men or Women?

An eating disorder is a serious medical condition and if not treated in time it can be lethal. Many who face this problem avoid medical help and advice because they are not too familiar with their condition or they simply choose not to believe what is right in front of them.

Eating disorders affect millions of people and usually begins at adolescence. Things like trauma, self-image and body weight for instance are a huge source of anxiety to people which can cause distorted thinking and behaviours that lead to a problem of eating disorder.

What is even more concerning is that there is an almost 120% increase of eating disorders with children under the age of 12, and most of those if not all end up with hospitalizations. For adults eating disorders have climbed up the ladder and became the third most common and chronic illness. Another thing to consider is that these disorders affect both men and women, with women being affected twice as much as men.

Another interesting fact is that eating disorders have the highest mortality rate out of any psychiatric illness combined. Many of the deaths that occur this way are from organ failure which is directly linked to eating disorder. The basic statistic is horrifying and as we managed to find out this illness that has the highest death rate affects this many in the world but somehow it stays improperly addressed since more than 70% of questioned subjects admits they have had an eating disorder or still have but never sought medical help. Help is necessary and please try and seek help if you think or know someone who has this kind of problem. For any additional information check out rosewoodranch.com and get up to speed with everything.

But let’s get back to the topic at hand. Who is more affected by eating disorders? According to the research we managed to find out, that comes from the leading health agency in Asia, women in their 20’s are over 9 times more likely to suffer from this kind of disorders. But why is it so?

Women are usually more fashion prone than men and thanks to that and modern trends, they are likely to be a victim of a slim trend that is always in. somehow nobody anymore wants to see a woman with a few pounds more than average. It has become a culturally unadaptable look and if you want to fit in and be the hottest one out there you have to look slim, have long legs and skinny arms and somehow you fit in this new look orientation that is causing more harm than good.

We base everything today on attractiveness and slimmer ones get all the attention. Is that the state of things? If you ask us we would say no, but somehow the human mind is incapable of thinking of its own, and these days we have fallen under the influence of online influencers, public figure and semi-serious advisors that have a lot to say to you but don’t think how this might affect you.

Somehow, somewhere somebody has created an ideal weight and look that is poisoning the minds of young and adult individuals causing them to fall into the abyss of eating disorders. Since so many unrealistic expectations are pressuring both women and men to do whatever it takes for them to fit in this imaginary mould created by God knows who, we have to become very concerned for all of our mental health.

We are all working on our perfect weights, perfect body’s, but are so incapable to accept that we are all imperfect in a way and that this was probably intentional. It is the way God has intended us to be. Someone a bit slimmer others a bit chubbier, we have all created the way we are supposed to be, so why change it? Why be like everyone else when we can be ourselves?

As opposed to women, men aren’t that drastically when it comes to things like this. Some men are affected by eating disorders but not as much as women. What is more concerning is that according to some data men are increasing their numbers as well. More and more men from a young age to adulthood are being plagued with these kinds of disorders. Times and trends are changing and this is not one of those good changes. We all have to understand that this is not something to be taken on lightly. Eating disorders can result in a lifetime of mental illness and health problems which is why we all have to get on board with of promotion proper nutrition and a healthy body image.

This is of utmost importance if we want to save more lives that are battling with this, sometimes, silent killer. What you all need to understand is that eating disorders never come alone. As we previously mentioned, there are a lot of other problems you can have and the eating disorder comes as a coping mechanism that is trying to help you manage those problems. According to researches most of the people that are fighting eating disorders used to have problems with either anxiety and/or depression.

Another research states that certain personality traits and temperament can put you at risk of a potential eating disorder. Individuals that are sensitive to change, conflicts, big decisions are all the triggers to a path that can have a happy end only if you manage to recognize it soon enough and seek professional help.

Throughout this article, you could read enough to be aware that this illness is not picking sides. It can affect both men and women younger or older and children for age 10-12 and higher. This is concerning but if you read all this through then you probably picked up on a pointer or two that is supposed to imply to you that either you or someone you know might be battling with this problem. Don’t turn your back on yourself or your friends and family, if you can help try as best as you can because you just might save a life. It is a very unrewarding and difficult job but if one life is saved then it is worth it. 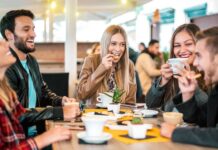 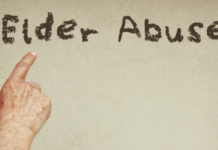 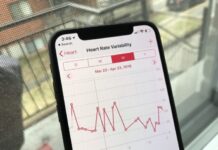