When you are on a busy schedule like Dwayne The Rock Johnson you definitely don’t have much time to play around or to have too many hobbies. One of the things that he loves to do is to go fishing as it was told by Hollywood superstar multiple times. He is hooked on fishing.

He even went that far to have his private lake where he can go and have a great time while trying to catch some big fishes. Dwayne talked about his hobby and stated how he has a full lake of sunfish, largemouth bass, bull-head catfish and carp to catch, at least he tries to do that.

This was also commented by Brad Peyton who has been working with Dwayne on projects like San Andreas and Rampage and is also scheduled to continue his cooperation with the famous actor on San Andreas 2. According to the director, who is also a good friend of Jumanji: Welcome To The Jungle star, he even looks for an opportunity to go and fish while he is working. He sometimes uses breaks from filming to go and try his luck and work on his technique.

Peyton said: “Dwayne fishes a lot. He loves spending time at home doing it. He raises fish there to do catch and release.” He continued by adding: “He’s a quiet guy when he’s not working. He’s always so busy with his career so fishing is a chance for him to relax and take a break. It’s like meditation for him.”

Since Dwayne is filming all over the world, it isn’t always possible for him to go home and catch fish on his lake. There was a situation while working on San Andreas in Australia and he was thousands of miles from his paradise and he couldn’t wait to go home. Brad talked at the Bafta Games Awards and said: “Dwayne Johnson was always going off in between filming days to fish somewhere.”

As you all know Johnson just got his third child, baby girl Tiana Gia was born only a few weeks ago and having three children will mean that Dwayne will have even less time for his secret hobby.

We are used to seeing him on TV as a tough guy since most of his roles involved him heavily flexing his muscles and delivering a beatdown to bad guys. On the other hand, when he is not working, he is a mild and gentle giant. Brad had something to say about this: “Dwayne is just like everybody else. He has vulnerabilities. He’s an inspiring guy.” 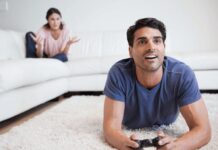 How to Handle Your Boyfriend’s Video Game Obsession Positively? 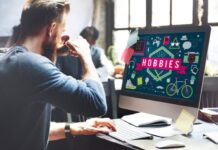 7 Ways to Turn Your Hobby into a Business