Is there anything new to say about Johnson’s success? This wrestler turned actor is breaking all the standards lately with his action movies like Fast and Furious franchise, kids movies like Moana and he has done the same when it comes to TV Shows with the stellarly popular Ballers. Thanks to Deadline we found out that HBO has confirmed the season 4 of the Ballers, but the premiere date info was a bit vague, in the lack of a better word.

The statement that came from HBO Programming executive vice president Amy Gravitt says “We’re thrilled that the summer lineup of Ballers and Insecure connected with our viewers out of the gate. We’re so proud to work with Dwayne, Issa Rae and all of the amazing talent in both shows.” From the statement, we can see that HBO really has faith in the current shows that are airing and it is actually justified. They made two smash hits with the summer comedies like Insecure (which pretty much dominates the social media every Sunday night) and Ballers that are continuously bringing very good rating numbers, especially Season 3.

Why Season 3 especially? Well, according to TV Series Finale, this season ratings are very strong even after the huge dip that was caused by the Game Of Thrones finale. But do not think that Ballers made their high in Season 3 only, no! According to what Deadline reported, and what we all know, this show managed to continuously bring more than good numbers, with the fact that the first season averaged HBO’s biggest half-hour ratings until that point.

With all of these successes behind this project it is only logical that the Season 4 is going to happen, and when better than in summer 2018 with another set of 10 half-hour episodes, just like it did so far. Even Johnson gave us some news about Season 4 of Ballers through a video shared on Instagram, which he captioned “Delivering a lil’ package of gratitude. Thanks for rockin’ with us and enjoyin’ Ballers. When I get the happy calls from studios & networks, first thing I do I reach out to you guys. Then I go have a shot of te*uila. Or three. Appreciate y’all and have a productive day.” In the vid he talked about ratings of the series and mentioned how the premiere of the show had “highest rated half-hour comedy since the finale of Entourage in 2011, years ago.” In his true fashion, he ended the vid humbly by saying “thanks for enjoying Ballers”.

Tune in TONIGHT for our @ballershbo SEASON FINALE on @HBO. To say I’m a grateful man, would be a huge understatement. Thank you to my talented cast, crew and HBO partners. And most importantly, THANK YOU FANS for rockin’ with us every week and makin’ our show HBO’s highest rated half hour show in years. Considering the stacked and talented line up the network has yearly that’s a big accomplishment. Enjoy the finale. And “Let’s go shock the world” #Ballers #Finale

We should also inform you that there are some changes planned for the show, and they will come in the form of actor Brittany S. Hall being promoted to series regular in Season 4 after she recurred as Amber, Ricky’s former fling turned current hookup. If you recall there was a pregnancy scare attached to her character when the Season premiered, but what will happen to her and will Ricky settle down in Season 4 will be a great thing to expect. This is pretty much everything about the future of Ballers that is available for now. It seems that HBO doesn’t want to share a lot this early and they are trying to bring up the suspense for Season 4, which is OK by us. What is actually enough, for now, is just knowing that Season 4 is happening and that Dwayne will still be there to make the show great as he did so far. Stick close for any updates which you will be able to find right here. 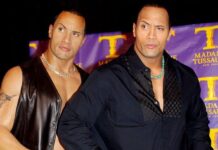 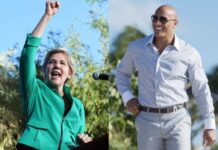