Opptrends 2022
Home Entertainment Dwayne The Rock Johnson jokes that he has a twin brother who...

This has been a very successful year for Dwayne The Rock Johnson. His involvement in myriads of projects has definitely paid off, which means that the famous actor did some great job in 2018. Starting from ‘Rampage’ and ‘Skyscraper’ to TV comedy/drama ‘Ballers,’ every single release turned into a big success, and we expect the same thing to happen with his projects to come, such as ‘Fighting With My Family,’ ‘Shazam!’ and ‘Jungle Cruise.’

Aware of his huge success, while responding to one of his fans, The Rock left a comment on his Twitter account: “You’d be surprised Film Fatale just how much the universe conspires in our favour when we have the appetite to do a lot of things. (plus I have a secret twin who does most of my s**t, while I just drink my tequila)”

Despite the favorable outcome of his undertakings, it seems that Johnson doesn’t plan to stop. For a long time now, he has been working and collaborating with Hiram Garcia, who has been promoted to president of the production at the star’s own Seven Bucks Productions company. Recently, he commented for Huffington Post:

“That’s the thing, right? In our business, the ultimate goal is everyone wants to create a universe, so if we can somehow, if there’s a master plan happening right now that you just don’t know.

“But maybe in about 10 more years, we’re gonna have our version of an ‘Infinity War,’ a Dwayne Johnson War. Just say you heard it here first, and that we’re damn brilliant for doing it.”

It seems as if we can expect really big things from The Rock. He hasn’t disappointed us so far, so there is no reason why we should assume the opposite.

There is no doubt that Dwayne Johnson is a great guy and can always think of some of the best jokes. If you want to be like him and impress people, then you should definitely learn more jokes, and some of the best ones are available here. 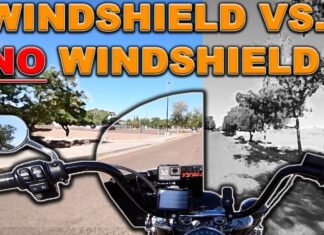 Richard Orland - August 11, 2022 0
If you’re reading this article, you must have doubts if you should include a windshield on the list of your motorcycle gear or not…...