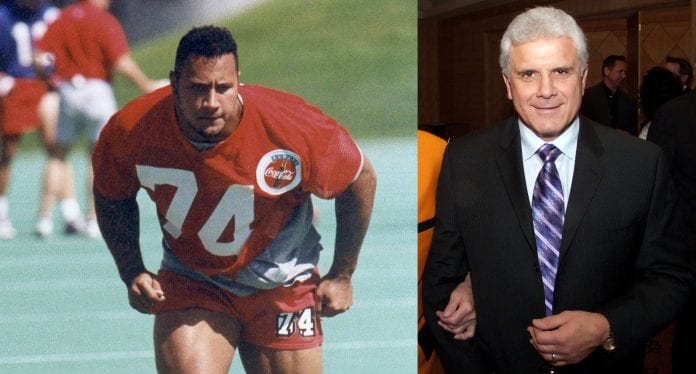 Dwayne The Rock Johnson never really dreamed of being a big star in Hollywood. He was born into a wrestling family but wanted to make it as a football player. The college football was good for him, but he was never a standout.

Because of that, he never really made it to the NFL but got a shot to play in the Canadian Football League for the Calgary Stampeders. Eventually, the coach determined that he is not good enough and he cut him from the team.

A couple of days ago, he used his social media to thank the coach Wally Buono for cutting him from the team, saying that it had a big impact on his life and that he made him work even harder.

There is no doubt that the rejection from the team made him stronger, but that is for sure not the only reason why he is happy. Just look at this life now – would you rather play in the CFL, getting hit every single weekend for a minimum wage, or would you rather make millions of dollars making some of the most popular movies in the world? Yeah, it’s an easy choice.

While Buono’s current team was playing on TV, Dwayne pointed to it and said that the guy on screen was his coach in Calgary.

“He was a mentor of mine. He ultimately cut me from the team, but the reason why I’m saying this is because it was such a defining time, that I appreciate that man so much. I appreciate playing on this very field.”

The Rock stated that the dreams don’t always come true and that’s sometimes a good thing. It was for The Rock no doubt. “The best thing that never happened to me” – those were his words.