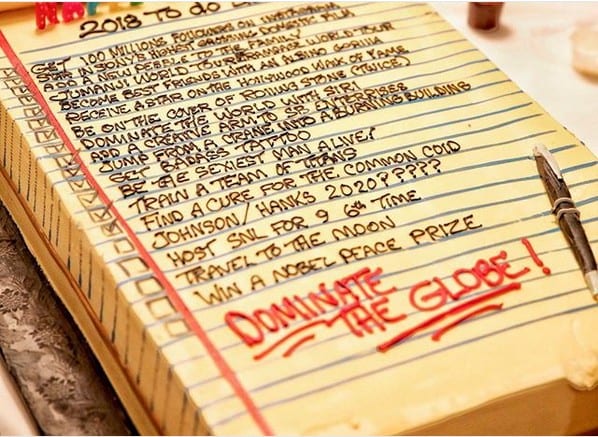 Dwayne Johnson celebrated his birthday a few days ago, and his cake was something all of us need to see. Last year was pretty good for former WWE wrestler, as his movies performed extraordinarily at the box office, while only a few days before he turned 46 he welcomed his third daughter Tiana Gia to the world.

But, let’s go back to his cake. This masterpiece of the bakery is shaped like notepad, and the information contained on it include 2018 To Do List. The beginning of the list consists of achievements that People’s Champ already has behind his name such as ‘Get 100 million followers on Instagram’ and ‘Receive a star on the Hollywood Walk of Fame.’

Below on the same list, there are things that Rampage superstar plans to do in the upcoming months. One of them is to ‘Jump from a plane into a burning building,’ which is something he will probably do in one of his upcoming films. We’re looking at you Skyscraper. The main goal of Johnson’s bucket list includes one very interesting thing – ‘Dominate The Globe.’ 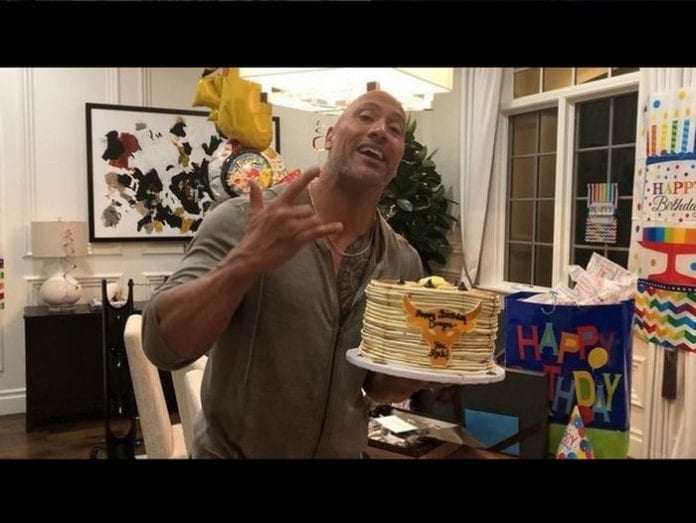 To further explain his goals Johnson captioned the photo with: “HUGE thank you to my phenomenal management team @garciacompanies for this bad a*s creative birthday cake made of my 2018 To Do List. Thank you so much for making my birthday a great and fun one. And for the record, I’ve never written “Dominate The Globe”.. but what I do write is…“Global Domination – With A Benevolent Smile.”#NobelPeacePrize #AndMyTattoos 🌎💪🏾🤣

His biggest goal is to dominate the globe and that is something Johnson is working on every day, and he’s doing it right. If he achieves some of the things above that, then his bucket list will be completed sooner rather than later. If Dwayne manages to find a cure for common cold, runs for president with Tom Hanks in 2020, and travels to the Moon, he’s more than certain to dominate the globe. If he does all of the above, winning a Nobel Prize for peace will be a piece of cake.