After Jumanji: Welcome To The Jungle achieved massive box office success we were all expecting a sequel. When Dwayne The Rock Johnson officially confirmed that there will be Jumanji 2 and that he’ll be back as Smolder Bravestone, we were thrilled.

Like People’s Champ usually does things, he used Instagram to break the news to the world. In the process, he pointed out that not only Jumanji: Welcome To The Jungle was a success, but that it’s also Sony’s highest-grossing film ever (domestically). It topped the titles such as Spider-Man and James Bond.

Rampage superstar also thanked his fans for making Jumanji what it is and stated that the work on next installment has already begun. In the video description, The Rock wrote: “It’s official: Last night you made JUMANJI, Sony’s biggest movie ever. EVER. Previous record held by SpiderMan. My #1 goal is always giving the audience what they want and always sending ya home happy. Working on the sequel now, so bye bye @kevinhart4real’s character. 😂🖕�Love Y’all 🤟🏾 and THANK YOU.
#JUMANJI #SonysBiggestMovieEver #Grateful.” 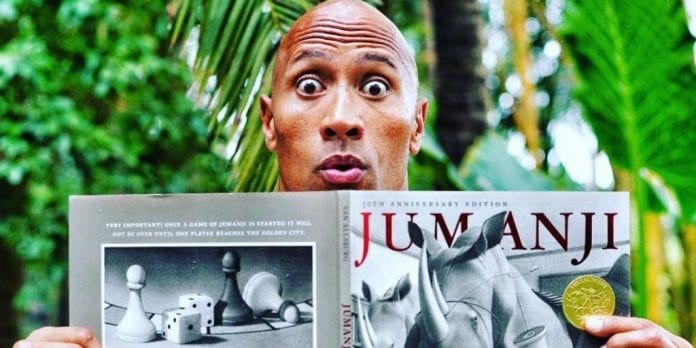 Johnson is always working on making his fans happy, and this is the reason he’s going to “kill off” Kevin Hart’s character. When he does this “everybody will be happy.”

April 10th marked the date when Jumanji: Welcome To The Jungle overthrown Spider-Man (2002) as the highest-grossing Sony film. Johnson’s film now stands at $403.714 million at the US box office. When you put domestic and worldwide earning together, you get more than $950 million tied to the Jumanji reboot. When we look at the worldwide making of Sony’s films, only James Bond (Skyfall) grossed more.

Jumanji: Welcome To The Jungle is behind Johnson, Jumanji 2 is ahead of him, and for now he’s busy promoting his latest action-adventure Rampage, which hit theaters yesterday.

FIFA Index: All You Need To Know About Card Numbers and Statistics in FIFA 20

With the consistent release of FIFA games every year, player data and statistics are integrated or changed in many different ways. It often gets...
Read more

The truth about car theft is that about 50% of them would have been prevented if the vehicle owner had taken precautionary steps, such...
Read more

Most Unusual and Weird Mobile Apps You Must Have 2020

Without those valuable apps on our smartphones, tablets and hand-held devices, our lives would certainly be much more complicated and less organized - that's...
Read more

Working out is one of the best things you can do for yourself. You will look better, feel amazing and you will keep your...
Read more

7 Things You Need When Renovating Your House

Home renovating is always fun and exciting. And although it costs a heck of a lot of money, it gives our homes the much-needed...
Read more