Being a world champion professional wrestler, Dwayne Johnson is thought to be physically capable of performing everything, well, almost everything. For those of you who have been wondering about The Rock’s supernatural powers in Jumanji: Welcome to the Jungle, here’s the answer – take a look at the following Jumanji VFX video to meet Johnson’s stunt double.

Having a digital stunt double is only a natural solution for scenes such as those in this movie, as sometimes, it is too dangerous to have either a multimillion-dollar star or a stunt double person take part in them. So, to make it possible to include somewhat challenging stunts in Jumanji: Welcome to the Jungle, the producers turned to the Australia-based visual effects shop Iloura (now known as Method Studios) for help. And now these people decided to give us a sneak peek at the method they used to create The Rock’s digital stunt double. 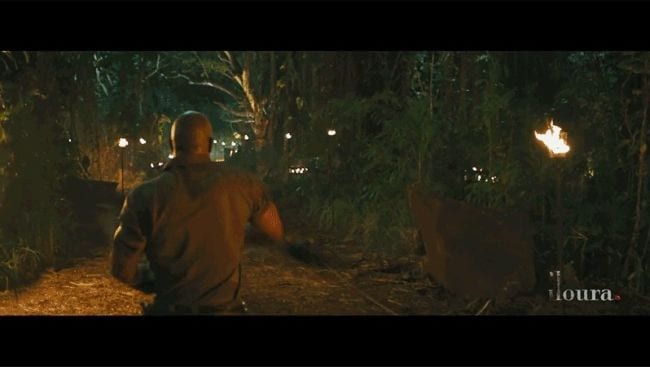 We assume that most of you realized that the scene of horned beasts chasing a helicopter must have been a work of digital artists. However, it was somewhat less obvious that Iloura was also asked to create a digital duplicate of Johnson, as some scenes were too dangerous or too expensive for the crew to hire a stunt person to take part in them. You still don’t know how they managed to include a digital stunt double in a way that many find undetectable? The answer is that the focus was kept away from the face.

To have a closer look at the Iloura’s magical creation, check the video they revealed via io9. Stay tuned for more exciting news. We are here to make sure you’re the first one to learn more about your favorite movies and behind-the-scenes moments, so follow us for more stuff like this.