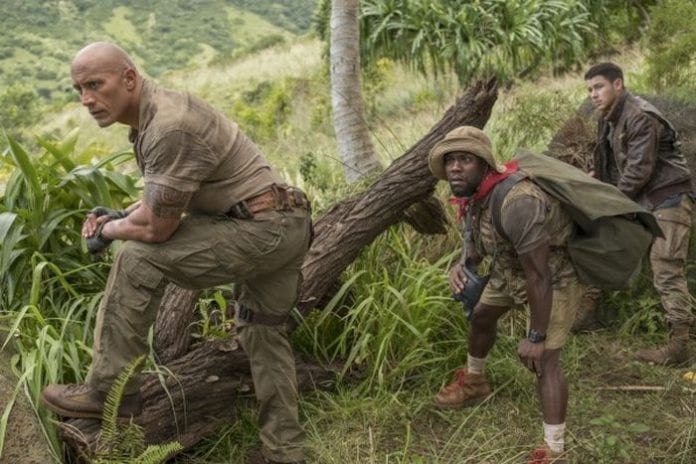 Dwayne Johnson is Hollywood’s most bankable movie star, but not even people at Sony Entertainment expected that Jumanji: Welcome To The Jungle is going to be such a massive hit. Yes, they hoped that it would do fine with The Rock in leading role, but to be shoulder-to-shoulder with Star Wars: The Last Jedi is quite an achievement. In the end, it managed to become the highest grossing (domestically) film ever made by Sony. So, when the studio announced a sequel, no one even blinked.

During CinemaCon head chief of Sony Entertainment Tom Rothman confirmed the sequel. He even said the release date is set and that Jumanji 2 will be out on Christmas Eve of 2019. If you count the original Jumanji featuring Robin Williams, then this one will be Jumanji 3. Going out on Christmas means that this movie will once again fight for the audience with one of the Star Wars installments (Star Wars: Episode IX directed by J.J. Abrams). Another big title coming out on the same date is the adaptation of popular musical called Wicked. Rothman also confirmed that Dwayne The Rock Johnson has signed for the sequel, but as for now the rest of the cast including Kevin Hart, Jack Black, and Karen Gillan are expected to return although there was no official confirmation of this.

Scott Rosenberg and Jeff Pinkner will handle the writing of the script. The director’s seat remains vacant. Jake Kasdan was there for Jumanji: Welcome To The Jungle, but he’s not signed on the new project. It remains unknown if he is interested or is Kasdan even studios choice.

Some time ago Johnson confirmed that he’s on for the sequel, and why wouldn’t he be? The movie grossed almost $1 billion, which makes it one of the most successful films in 2017. And, today when we are living in the age of franchises, Dwayne is undoubtedly the man to lead this one. People’s Champ is currently a member of the Fast & Furious franchise and is starting another one with Disney’s Jungle Cruise.