Dwayne Johnson is busy with promoting upcoming Rampage and Skyscraper movies. He’s also rumored to appear at Wrestlemania in New Orleans on April 8th, at least according to oddsmakers. But his team does some of the work in his place.

The film that is one of Johnson’s most significant upcoming projects is a Fast & Furious spin-off. Its name is touted to be Hobbs & Shaw, but there’s no official word on this. Regardless of this, its production team is making first moves. According to David Leitch (Deadpool 2), the date for the start of filming has been set in addition to three shooting locations.

When Dwayne Johnson appeared in Fast Five, he instantly became fan favorite and turned the fortunes of this franchise. Luke Hobbs was precisely what F&F movies needed, and there’s no wonder that Johnson wanted to expand this character which was well accepted by the audience. The story of the spin-off will focus on Hobbs and Deckard Shaw played by Jason Statham. The storyline will distance itself from the main crew of Fast And Furious. In our opinion; it will be refreshing to see this action-packed film without Vin Diesel who plays Dominic Toretto. 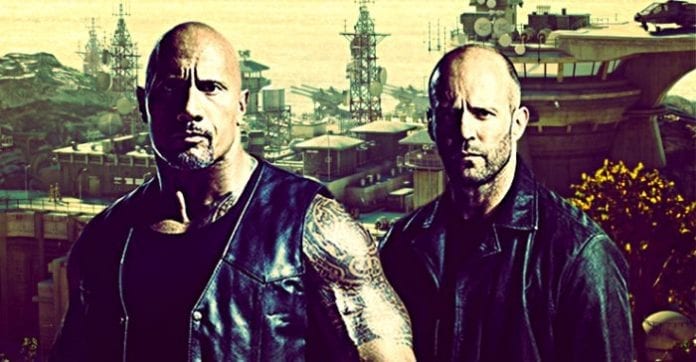 The news about the production start date came from Omega Underground. They claim that the first scenes will be filmed on September 4th. The three locations we mentioned above are Atlanta, Georgia, Hawaii, and United Kingdom. This date fits with the rest of Johnson’s schedule. His work on making Disney’s Jungle cruise is expected to end on August 31st. Yes, you can see that he would only have a few days of rest before jumping on another project, but that’s People’s Champ for you.

While the news of Hobbs spin-off brought joy to the fans, there were some unsatisfied. Some members of the F & F cast and crew were unhappy, this is because Johnson’s stand-alone film will delay the production of Fast 9. The one leading the pack was Tyrese Gibson, who at one point didn’t choose his words talking about Dwayne. Luckily for Gibson, the feud ended, and both actors will appear in the next installment of Fast & Furious. If it came to picking who stays and who’s out, we’re sure The Rock would win. Easily!

Back to Hobbs & Shaw, for now, we only know who will play the lead roles. There are rumors that Charlize Theron could also appear but this is yet unconfirmed. The story will revolve around Hobbs and Deckard, with an accent on a high-speed action, martial arts, but a bit away from hyper-automobiles that marked the F&F franchise. The film will hit the theaters on a yet undisclosed date in 2019.