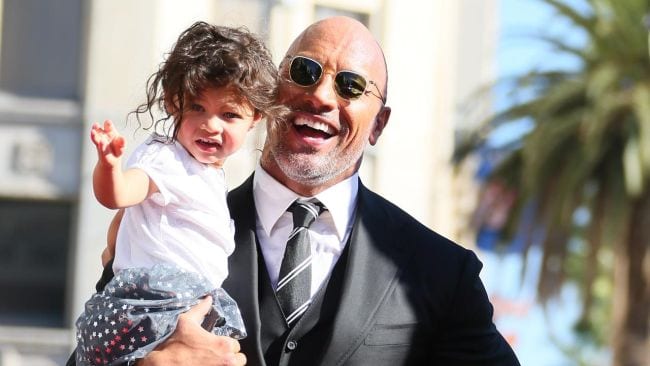 Dwayne Johnson had a family health crisis when his two-year-old daughter was hospitalized during the weekend. Jasmine is his first child from the relationship with Lauren Hashian. The Rock and his girlfriend are expecting another baby girl in the upcoming months.

The Hollywood actor and former WWE superstar took it to Instagram to post news that his daughter Jasmine was hospitalized, but that she’s now feeling much better. Dwayne wrote: “Things got a lil’ hairy this weekend. Thank you LAFD first responders & UCLA medical team. We’re grateful to you all, and if you ever need anything, I got your back.”

The actor has a habit of sharing everything that happens to him through videos and photos on Instagram in order to receive positive thoughts from his fans. Now, that his daughter had a health scare, he explained what happened through Instagram video. The Jumanji: Welcome To The Jungle star said the following: “This past Saturday night something happened to me and my family that I would never want to happen to any of you guys out there. But of course, emergencies do happen. We were up all night in the emergency room. We had something scary that happened with our little baby girl, Jasmine. She’s OK now, thank God.”

Things got a lil’ hairy this weekend. Thank you LAFD first responders & UCLA medical team. We’re grateful to you all and if you ever need anything, I got your back.

Dwayne didn’t go into details of what exactly happened to his daughter. Instead, he had some advice and words of wisdom for other parents: “To all you mommies and daddies out there, when emergencies like this happen. I would just highly recommend that you stay as calm and as focused as possible because our little babies energetically, they pick up on what we’re putting out. Especially in times of stress.”

Dwayne Johnson and his girlfriend Lauren Hashian are in a relationship for over a decade. They met on the set of his movie The Game Plan in 2007. Like we said they have a daughter Jasmine and are expecting another child. From his previous relationship, Dwayne has another daughter, Simone.

In the end, we would love to wish Jasmine a speedy recovery. Stay tuned for more news on Dwayne Johnson and his family.