For two weeks in a row, Dwayne Johnson’s Rampage was topping the box office. But, Johnson is no fool thinking that the trend would continue now after Avengers: Infinity War hits the theaters.

Dwayne has no ill will towards the Marvel blockbuster, and he even praised it on Instagram. People’s Champ congratulated cast and crew members on a fantastic project, but he singled out Chris Pratt. As you already know, Pratt plays Star-Lord who is the leader of Guardians of The Galaxy. After the two exchanged comments on Instagram when Pratt posted a workout video, fans started to demand the cooperation between these two superstars. Rampage star responded by writing Rock & Pratt on his vision board, and finished the video with: “I have an idea.”

You don’t need to be super-smart to know that movie featuring Johnson and Pratt would attract tons of attention. Each of them separately has enough star power to headline a franchise as they already proved. Fans believed that the two would share the screen in the Marvel Universe, which is less likely. As you know, The Rock is tied to DC with his role of Black Adam. Pratt, on the other hand, is contracted to Marvel, so their joint project would have to be something that has nothing to do with neither DC or Marvel.

The scenario that sounds about right is Pratt&Johnson staring in an entirely new franchise. Johnson owns a production company Seven Bucks Productions, so that’s who could stand behind the project. Someone suggested, and we’re totally behind the idea of Chris playing the villain in the upcoming Fast & Furious spin-off Hobbs & Shaw.

The two of them probably have ideas of their own. What’s important at this moment is that initial contact has been established. We all know how many projects Dwayne Johnson has on his schedule. Maybe Pratt will be one of the stars in Jungle Cruise, or perhaps in Red Notice. Everything is possible. Stay tuned as we bring you more news on the Rock&Pratt collaboration. 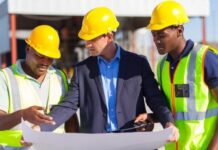