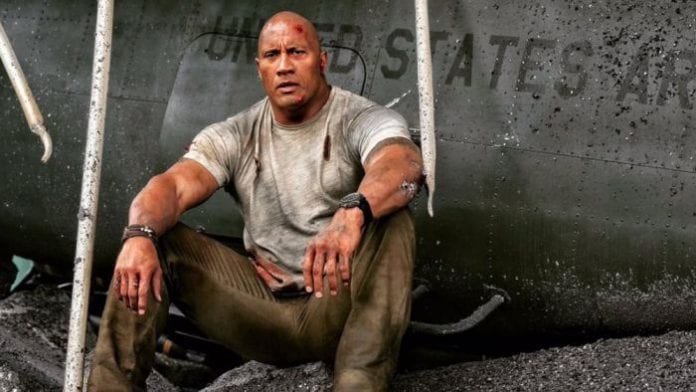 Dwayne Johnson is a big man. Physically, we know that, but he’s also a man of big heart and big words. But, his words are not empty. When the guy called The Rock promises something, he makes sure that he delivers. Yes, People’s Champ talks the talk but he also walks the walk. His latest movie is Rampage, and it comes out on April 11th. Do you know what Jumanji: Welcome To The Jungle star promised us with this film. He said, and I quote: “It will be absurd and ridiculous.”

When Dwayne Johnson’s says this, he means it in the best way possible. The former WWE wrestler and Hollywood’s best-paid actor had much success at the box office with his films during the last and at the beginning of this year. Just some of his projects include titles such as The Fate Of The Furious, Baywatch and Jumanji.

The next in line is an 80s arcade game adaptation, of whom Dwayne Johnson’s speaks in a positive tone. This was his favorite game while he was growing up, and he’s absolutely thrilled to bring it to the theaters in the form of a blockbuster movie.

Baywatch actor is sure that the audience will see his sentiment after they witness the huge monsters on the big screen. What he promises is one in a lifetime ride for everyone who takes some of their time and goes to watch this release.

Talking about the upcoming action-adventure filled with large animals and one big physical specimen of a man, Johnson said: “For me, personally, I feel that one of the most important anchors in the movie was just to make sure that we were having fun. And that there was a winking fun in our movie because it’s Rampage and they’re mutated monsters, and one is the size of a football field. It’s so absurd and ridiculous but in the best possible way. I do think [movie escapism is] important, sure… everyone needs a flying wolf in their life!”

This film has a special place in Dwayne Johnson’s heart. According to his own words, when he was a teenager, he used to skip class to go and play this iconic game. The players who enter the game can select an animal of their choice – a gorilla, a wolf, and a crocodile. The goal is to destroy the city. In the movie, the storyline is a bit different as The Rock partnered with gorilla George are working on saving the town and people in it.

Talking to Total Film magazine, Johnson said: “So years later, as everything has a way sometimes of coming full circle…I get a call from my producing partner, Beau Flynn, who I’ve done a lot of movies with, and he says, ‘We have this idea. Have you ever heard of the video game Rampage.’ ”

Sometimes it looks like everything in the life of Dwayne Johnson has a story to it.