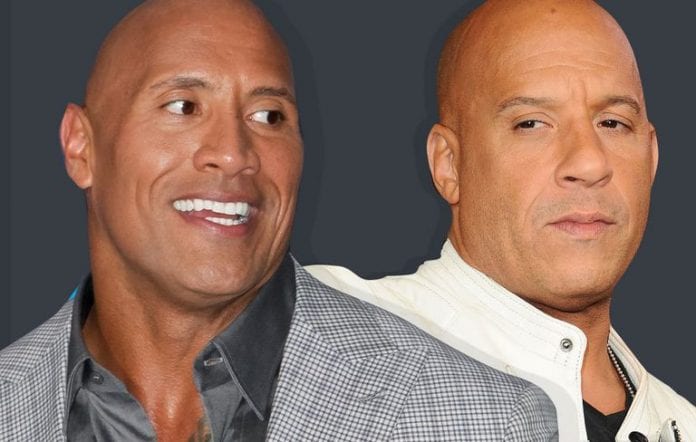 Fast & Furious is one of the biggest movie franchises in the history of film-making. On the global scale, all of the eight installments have grossed more than $5.1 billion. F&F has a massive fan base which today can get closer to the franchise thanks to Universal Studios Orlando ride which opened yesterday. The ride was opened by movie stars that we can see in Fast & Furious movies. All of them were in attendance, well almost all of them. The absence of Dwayne The Rock Johnson was notable.

The feud between Vin Diesel and Brahman Bull is no secret, and it was evident that two superstars are not on the same page even before The Fate Of The Furious premiered. Two of them haven’t shared a scene together unless it was necessary. The situation escalated further when Johnson decided to make an F&F spin-off based on his character Luke Hobbs. This film will also star Jason Statham, while David Leitch sits at directors chair. The making of this movie postponed the release of Fast 9 which wasn’t well accepted by some of Johnson cast-mates (Tyrese Gibson). 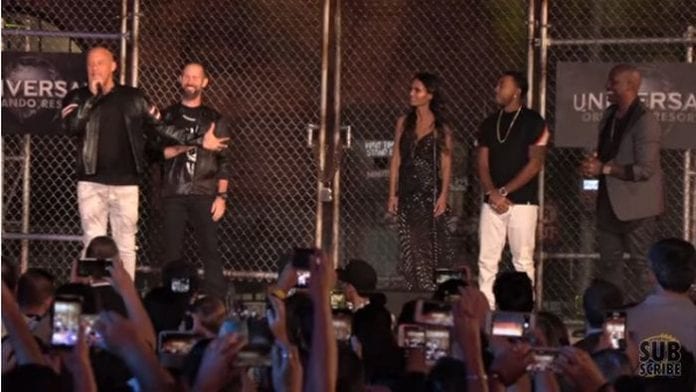 During a recent interview to The Rolling Stone magazine, Jumanji: Welcome To The Jungle star explained that the feud between him and Diesel is a real deal and that he’s unsure if he will appear in Fast 9. All of this tells why he wasn’t at the grand opening of Fast and Furious: Supercharged which is a new attraction at Universal’s Florida park. The thing is, maybe Johnson wasn’t even invited.

Most of the main actors who are the core of Fast & Furious were there including Diesel, Chris “Ludacris” Bridges, Jordana Brewster, and Tyrese Gibson. All of them were thrilled with the grand opening and shared their excitement on social media.

Fast & Furious: Supercharged wasn’t well accepted by visitors of the Universal park, but Diesel was more than happy to show off some of the cars that are available on the ride as you can see on the video below.

During the interview, The Riddick Chronicles star stated that he’s in constant contact with the director Justin Lin who is working on Fast 9 and Fast 10. Diesel also noted that the setting of one of the films might be Africa.