Johnson keeps working on successful projects that are profitable thanks to his charm. Moreover, he is disciplined in his choices, and he knows how to win the Asian market, something other actors and movie makers often forget. Is Dwayne the last big movie star standing?

Throughout the history of Hollywood, we had a lot of big stars, and it all started with Florence Lawrence who was the first actor named on a poster in 1910 at the very inception of the movie industry in the USA. But there were some other stars as well such as John Wayne or Cary Grant.

From time to time, this system, which favored a star and adjusted everything else to fit the needs of a single person was brutal, it lacked in flexibility, but it worked. We can say that the height of the star system was in the 1930s and 1940s, which is considered to be a golden age of Hollywood. However, this star-based system could not be sustained, and the demise came from two different directions. Actors such as Olivia de Havilland, Bette Davis, and Shirley MacLaine took action against their employees and modified the one-sided contracts. Afterward, Marlon Brando and Montgomery Clift, two actors that were trained in method schools were vocal against this artificial system, and they resisted the pressure to anglicize their names. Thanks to them, followers such as Robert De Niro and Harvey Keitel didn’t want to do it as well, so they remained Italian and Jewish, respectively.

Despite these moves, it was hard to reduce the impact of a movie star. Pacino and Streisand remain untouchable, whereas Arnold Schwarzenegger and Sylvester Stallone made themselves identifiable on purpose, but that was just how the Reagan era worked. These two actors made films with the focus on action and not on dialogue, and marketing these movies overseas, especially in Asia, was much easier.

And somewhere between these lines is where The Rock fits. However, Johnson is genuinely a nice fellow, and he is aware that he is doing his job. “Oh, I have occasionally heard that,” he said almost bashfully. “My reputation does precede me. I always say you have to be grateful. We are in an industry that is, all things considered, doing pretty well. Hey, you have to be grateful for that.”

Dwayne Johnson was born in 1972 as the son of wrestler Rocky Johnson, and he moved to the United States from New Zealand where he spent some time with his mother’s family. Johnson admitted that he had problems with his father. However, that didn’t stop him from graduating from the University of Miami in criminology, but at the time, Dwayne was trying to make it to the NFL.

Considering that all of it fell apart, Johnson stepped into professional wrestling, following in his father’s footsteps. However, the fans hated him at first, but everything changed when he adopted The Rock nickname. It didn’t take long for this man to slide in the movie industry and he appeared in The Scorpion King in 2002. Dwayne didn’t choose his roles at first, and he played in all kinds of films, some of which were really bad, but he managed to make a name and build a reputation in Hollywood. 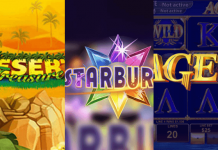 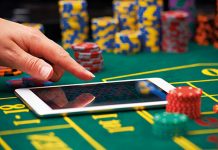