Dwayne Johnson is in a happy relationship with girlfriend Lauren Hashian. They have a daughter together, and another baby girl on the way. But despite this, the pair still hasn’t got married. According to the former wrestler, they are not in a rush to do so. But it’s not because he isn’t ready or for any other reason you might have in mind.

Talking to Nancy O’Dell from ETonline the Jumanji: Welcome To The Jungle star gave an honest answer: “We were going to get married in the spring, and we got pregnant. Lauren felt like, well, you know, mama [doesn’t want] to take pictures being pregnant in a wedding dress, so we’re just going to wait and not quite sure when, but I know it’s going to happen.” 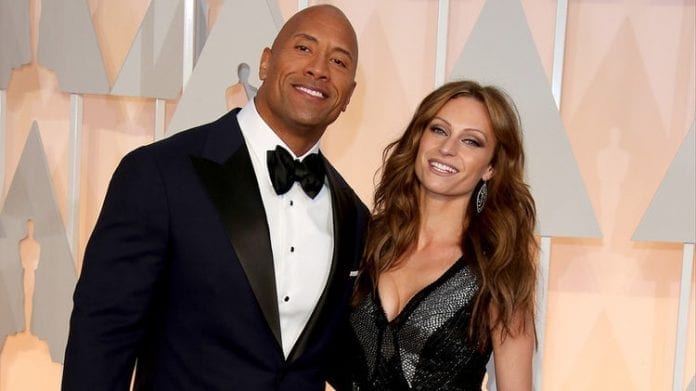 Lauren Hashian should go into labor later this month on April 25th if everything goes according to plan. Their first daughter, Jasmine Lia is two years old. Johnson wants to get married, but due to his busy schedule, he’s not sure when will they have time to make their vows. Here is what he said: “I don’t know if it’s shortly [after the baby comes], because right now after this we shoot Jungle Cruise with Emily Blunt, and then I go on to shoot the Hobbs movie, and we’re just trying to figure out where we can put it in. The great thing about Lauren is she’s such a rock star. She’s just like, ‘It’s alright, whenever it’s going to happen we’re going to make it work.’ ”

Johnson’s girlfriend has a full understanding of his work obligations, to that extent that he’s even traveling to Shanghai two weeks before their baby girl is due. Talking about this People’s Champ said: “I have my security ready, we got exactly where we’re going to go. We got the LAPD, they’re gonna shut down a couple of highways, and we’re going home. Well, I’m only kidding, they’re not gonna do that, but… I do have a plan, and I’m ready to go.”

He finished with: “The pilot is already ready to turn that plane around if things start to happen.”

Aladdin Vs. The Rock Mashup Trailer

Sinobald Abramov - January 21, 2020
0
No one in the world deliberately wants to be on the wrong side of the law or the jail, but sometimes it’s not our...