It has been a while since we found out that Dwayne The Rock Johnson will play Black Adam, but up until now, we didn’t know when to expect the movie. Much to all fans’ delight, the actor has recently revealed that they’ll probably start shooting Black Adam movie in 2020.

Even though it was originally planned to see Black Adam as the main antagonist in Shazam, they eventually changed the idea and now we’ll get to see this DC Comics villain in a separate movie. Here’s how Johnson explains how they got to that idea:

“As we were developing this a few years ago… we were trying to tell two origin stories in one script. For those who know the comic books and the mythology of the comics with Shazam! knows that Shazam is connected to Black Adam. Black Adam is an anti-hero, or villain, who I cannot wait to play. I’ve been developing this and it’s been with me in my DNA for over ten years now. We should start shooting that in about a year. Very excited about that.”

Furthermore, he explained how challenging it was to take the plunge and carry out that plan:

Finally, I called up Warner Bros. Toby Emmerich, my good buddy who runs Warner Bros. and I said, ‘Brother, we have to split these stories and make two different movies.’ He said, ‘You know what, it is a great idea and let’s do it.’ So, we rolled the dice. You never know with these things. I did feel in my gut that, out of respect to both origin stories, and those who know the mythology and the backstories of Shazam, and Black Adam know that they are vastly different backstories.”

That’s all we know for now. We still don’t have the release date, but we’ll keep you updated, so follow us for more news about the upcoming Black Adam movie. 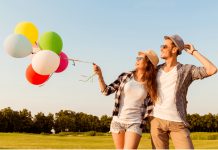