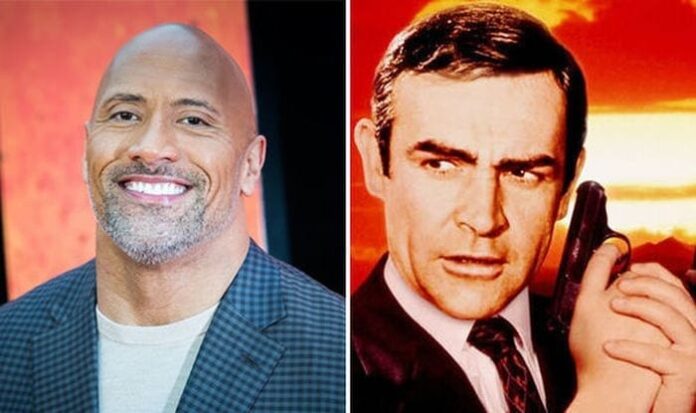 Dwayne Johnson is a global superstar, who is at the moment Hollywood’s best-paid actor. Before committing to acting, he was known as The Rock, a WWE wrestler. He became the most electrifying man in sports entertainment by following in footsteps of his father and grandfather. But, what many people don’t know is that his grandfather also appeared in movies. Not just in any film, Peter Maivia was a part of James Bond franchise. He appeared in 1967 spy film You Only Live Twice.

While promoting his latest project Rampage, Dwayne the Rock Johnson was a guest at The Graham Norton Show. His co-star from the same movie Naomie Harris plays Miss Moneypenny in Daniel Craig’s James Bond movies, and she was asked for any news on JB 25. After she answered, Norton, asked Johnson on his connection to the films, featuring world’s most famous secret agent.

The 45-year old actor gave a response that surprised many. Few people knew that Johnson’s grandfather Peter Maivia was a villain in cult James Bond film from 1967 – You Only Live Twice. He shares a scene with legendary Sean Connery. The two get into a fight which ends with Connery as a winner after hitting Maivia with a stone figure.

It is clear that Johnson was predestined to be a Hollywood superstar. Appearing in a James Bond film, even in a small role as Peter Maivia did, is not something anyone could do. Maivia didn’t make a career for himself in the movie industry, but looking at his grandson from above he must be satisfied with the amount of success The Rock is generating.

People’s Champ has his movie Rampage in the theaters as we speak. After that, his blockbuster Skyscraper is scheduled to go on a rampage in July. After that, he starts working on his other projects such as Jungle Cruise and Fast & Furious spin-off which will probably be called Hobbs & Shaw. The list of his seventeen upcoming movies you can see by clicking here.