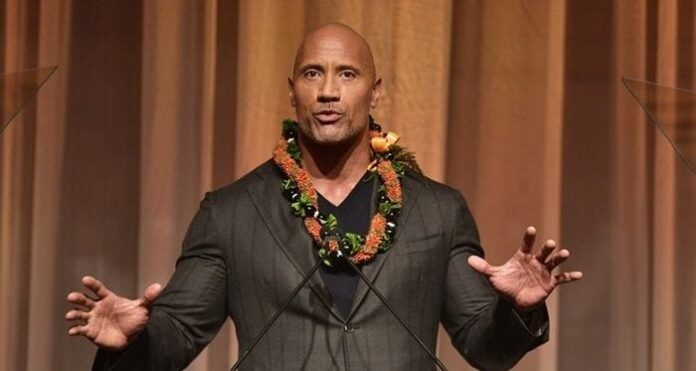 Dwayne Johnson was an attendant at a high profile dinner in Los Angeles which also included the names of Morgan Freeman, James Cameron, and Saudi Crown Prince Mohammed bin Salman. The event was held at Rupert Murdoch’s mansion. The selected group had a good time, and Hollywood’s best-paid actor shared a bit too much after it was over.

Rampage star said that he was thrilled to meet Saudi Arabian prince and that when he comes to visit him in Saudi Arabia, he will bring a tequila for the prince and his family. The Rock shared this on his Facebook and Instagram profiles together with a screen-shot of Hollywood Reporter’s article that described the named event.

The exact quote was: “I look forward to my first visit soon to Saudi Arabia. I’ll be sure to bring my finest tequila to share with his Royal Highness and family.”

The Johnson’s offer sounds nice, but there’s a catch. The use of alcohol is forbidden in this Middle East country. So, when Fast Five superstar realized this he altered his Instagram post a bit: “Luckily, I brought my own tequila.”

At the same time, his Facebook post still has the same words. It must be that Johnson’s social media team forget to alter the controversial text on both platforms. It remains to be seen what kind of reaction will this cause in Saudi Arabia. We’re sure that People’s Champ meant no disrespect.

The Saudi prince is on a mission to the United States with a goal to change the perception that Americans have about his country. During his visit, he also met with Oprah Winfrey, Rupert Murdoc, former U.S. President Bill Clinton, Henry Kissinger, and U.N. Secretary-General Antonio Guterres.

Like we mentioned at the beginning of our article, he also met with different Hollywood stars. The reason behind this is that Saudi Arabia lifted a 35 years long ban on theaters. The first theater will be opened on April 18th. Just in time for them to screen Dwayne Johnson’s Rampage.