Opptrends 2022
Home Entertainment Dwayne Johnson, Justin Timberlake and “This Is Us” Stars To Be At...

There is no doubt that Superbowl is one of the biggest sporting events in the world, if not the biggest one. The LII edition of this game will be played on Feb 4th, and it will be followed with a special “Tonight Show” Sunday edition that will feature Dwayne Johnson, “This Is Us” stars and Justin Timberlake.

The show will be aired after the biggest game of the year for the NFL and “This Is Us” episode. Jimmy Fallon, the host of the show, gathered a quite impressive crew for this installment and it is bound to be fantastic.

Timberlake is scheduled to perform during the halftime of LII Superbowl that will be played at the Bank Stadium in Minneapolis. This is also a part of the promotion of his new album, “Man Of The Woods.” Orpheum Theatre Minneapolis is the place from where the show will be aired.

When it comes to highly popular Peacock’s family drama “This Is Us,” we will see Mandy Moore, Chrissy Metz, Sterling K. Brown, Justin Hartley, and Milo Ventimiglia. At this moment, popular TV Show is aired on NBC, and we already saw half of the episodes and waiting for more to be delivered.

Dwayne Johnson just recently launched Jumanji: Welcome To The Jungle which was a major box office success. He is working on few more projects, and we are sure that one of the biggest stars in the Hollywood will bring his A game for this show. Enjoy both the game and the “Tonight Show.” 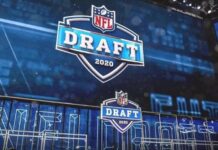