We got used to seeing Dwayne Johnson in a role of a tough guy, and he was spotted shooting an intense scene for the new movie Skyscraper in which he breaks loose from the cops. The 45-year-old actor submitted to the police officers at first, and even though one of them pulled Johnson’s arm behind his back, he managed to break free and run away.

Johnson showed his masculine body in a scene by wearing a blue shirt with some blood stains on it, whereas one of his sleeves is torn. Moreover, his cuffs were folded up, whereas there is a photo of Dwayne Johnson from the shooting with his hands up as the cops closed in on him. One of the cops was carrying a gun.

At first, Johnson turned around, allowing the officer to arrest him, or so he led them to believe. He pushed the officer who tried to cuff his hands into the one who was holding a gun and then ran away “going through” the two men who were nearby, looking perplexed. The crew is shooting the movie in Vancouver, Canada and the former WWE star was spotted there last Friday, with his face covered in grime as he stood near the chopper.

Next to Dwayne Johnson stood McKenna Roberts who is going to portray a girl named Georgia and both of them were in anoraks. In this scene, we can see the lead actor helping out the little girl to get off the chopper onto a stone tiled floor. It appears that the helicopter belongs to the police, which we can conclude by looking at the text across the side of the tail.

Skyscraper is going to be premiered on July 13, 2018. The movie is directed and written by Rawson Marshall Thurber, while Johnson will be joined by Neve Campbell, Chin Han, Paul McGillion and Pablo Schreiber.

Rawson cooperated with Dwayne in Central Intelligence and he talks about his transition from comedy to action: “I don’t know if it’s organic. I think it’s pretty uncommon to do it. I just always loved action movies since I was a little kid. In fact, the movie I am prepping for right now (Skyscraper) is a straight-up action movie.”

He also added: “I always wanted to make action movies. I really love Central Intelligence, so I would never call it a stepping stone, but it’s definitely a bridge to straight up action. Dwayne is the best. He is not only the hardest working guy you’ll ever meet, (I know people say that a lot, but he actually is!) but he is also incredibly gracious and kind.”

“Boy, when I made Central Intelligence with Kevin Hart and Dwayne Johnson, it was the best experience I ever had, so I am very excited to do it again on Skyscraper,” concluded the director. 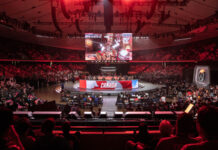 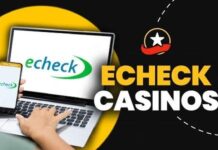 Advantages of E-check vs. Traditional Payment Instruments at Online Casinos in Canada 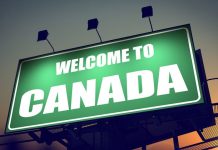