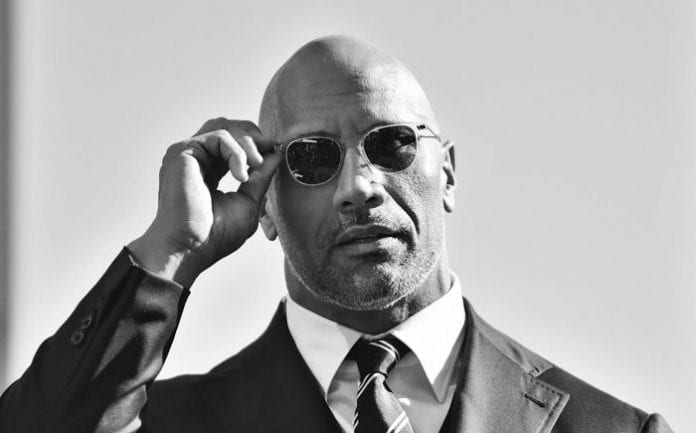 Dwayne Johnson is known for his tirelessness. He’s a physical specimen who further enhances his body through workouts. With unparalleled work ethic, Johnson runs on a tight schedule. If he’s not filming, he’s promoting movies. If he’s not doing any of the two, then he’s hitting the gym. But former WWE wrestler who won numerous fights in his career finally found his match.

Dwayne The Rock Johnson’s newborn daughter Tiana Lia is getting the better out of him. Hollywood’s best-paid actor is cornered by his third child so much that he’s losing sleep and missing his appointments. For the first time in a while, Johnson canceled one of his scheduled appearances. The Jumanji: Welcome To The Jungle star was expected to attend CinemaCon in Las Vegas to promote his upcoming film Skyscraper. But, he had to cancel and made a video which was shown to fans at the venue by film’s writer and director Rawson Marshall.

Marshall explained to the gathered crowd the reason for People’s Champ absence: “I know you guys were expecting someone taller, more handsome to be here, but Dwayne had a baby just a few days ago, a baby girl. Three girls, a lucky man. He wanted to be here but couldn’t make it. But he did have time — in between procreation and pushups — to make a video for you guys; he’s nice and sweaty.”

While fans felt disappointed, Dwayne had a reasonable justification for not being there. In the end, it’s good to know that even he is only human.

The video shows Johnson in the gym addressing ComicCon fans: “Wish I could be there in person. I’m so sorry I can’t be there. I am on baby duty right now. I just had my third baby daughter, Tiana Gia Johnson. We are so excited and so blessed, so I’m on baby duty. And you know what, it’s that thing that I’m going through, what’s that thing called? Yeah, no sleep. I’m on team no sleep, and a lot of you guys know what that’s like.”

Dwayne Johnson and girlfriend Lauren Hashian announced the birth of their second daughter Tiana Gia on Monday. The pair already has one daughter, Jasmine, while Johnson is a father of Simone from his marriage to Dany Garcia.