Manufacturers of Model S sedan, Tesla Motors, have said that the model which had a fatal accident in the Netherlands did so because it was not going by the company’s semi-autonomous Autopilot mode. They also said another reason for the crash was as a result of the car was driving at a speed of 96 miles per hour.

Police and firefighters said the driver of the electric sedan, a 53-year-old man died last Wednesday after the car in which he was driving in smashed into a tree and burst into flames in the central Dutch town of Baarn. They also said investigations are ongoing to determine the cause of the accident that happened 25 miles (40 kilometers) in the Southeast of Amsterdam.

According to Tesla, representatives sent to the scene of the accident said that the car’s log showed that during the trip, the man did not make use of Autopilot. They also noted that the driver was driving at a speed of more than 96 meters per hour or 155 kilometers per hour. This is the reason the car received the damage it got from the accident, the company said.

A California-based company, Palo Alto, said this in a statement: “We are working with the authorities to establish the facts of the incident and offer our full cooperation,”

According to Ronald Boer, emergency services spokesperson, he said that the fear of emergency service workers being electrocuted did not allow firefighters to recover the driver’s body on time.

Boer who made this known in a telephone conversation said: “The car was so badly damaged that the firefighters could not operate its security systems,”

Tesla’s Autopilot system has raised some eyebrows after the death of a driver of Model S in May, in Florida. In that incident, the Autopilot which makes use of radar, computers, and cameras to identify impending collision was in use. Autopilot can change lanes and maintain a particular speed.

They said they are able to tell if a car was making use of the Autopilot in an event of accident from the data it receives from customers. Such data, they said, helps them to improve on the Autopilot and other software services update to their customers. 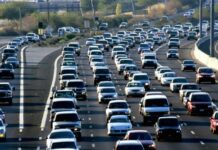 3 Simple Ways to Stay Safer on the Road