Some people take driving for granted. Maybe they got their license years ago, and they’ve been on the road for a long time. They feel like they won’t ever make an error if they never hit another vehicle or person.

Just because you’ve never had an accident, though, that does not mean you can’t make a mistake. Even experienced drivers can cause a collision if they’re not careful. They’re also more likely to cause an accident if they engage in certain behaviors.

We’ll talk about some of those behaviors right now. If you do some of these things, you should stop before you cause an accident that you can’t take back.

Shaked Law recommends “conducting an independent accident investigation” if you’re involved in a collision. You can use the information you find from that investigation to determine whether you can sue the other driver or what other appropriate action you can take. Many times, investigations reveal speeding was a key accident cause.

If you speed, you can’t maintain vehicular control as easily. Even if you are a resourceful and experienced driver, you can easily lose control if you’re going faster than the speed limit recommends.

If you go faster than the speed limit, you might lose control in bad weather and fly off the road. You might not stop in time if there’s a sudden traffic jam ahead of you or something runs across the street. When you don’t speed, you take longer to get to your destination, but you keep yourself and those around you safe.

Drivers know that they can let something distract them pretty easily if they’re not careful. For instance, you might have your smartphone with you when you drive. Most people have one these days, and you may want to check your email or a text message while you’re behind the wheel. You may want to speak to someone or check social media.

Keep your phone in your pocket when you drive. If you don’t use it, you won’t let it distract you. You can check social media or do whatever else you like on it once you get to your destination and turn off the car.

You should also not let passengers distract you. Maybe you’re speaking to someone in the passenger’s seat, and the talk turns serious. Try to concentrate on the road and wait till you get to your destination to resume it.

You might also let your kids in the backseat distract you. Talk to them before you go anywhere and make sure they understand they need to stay quiet, so they don’t take your attention off the task at hand when you drive. If you don’t let anything distract you, an accident isn’t as likely.

Tailgating means riding the car’s bumper in front of you. You’ve probably seen drivers do this before, or maybe you’ve even done it yourself from time to time. If so, you need to stop doing it, as this behavior can easily cause an accident.

If you tailgate, the driver in front of you can slam on the brakes suddenly. They might do that if an obstacle appears in the road ahead of them, but they also may do it if you’re riding their bumper and won’t keep a safe distance. Slamming on the brakes when there’s a car right behind you is something drivers often call “brake checking.”

There’s no need to ride another car’s bumper. That constitutes aggressive driving, and you can avoid doing that by keeping a considerable distance between your own vehicle and the one ahead of you.

If you’re on the highway and feel a car in front of you should go faster, don’t honk at them, or ride their bumper. Instead, wait till you get a chance, and then pass them. They don’t need to drive any faster than the speed limit, so if you ride their bumper because they won’t speed up, you’re in the wrong, not them.

Driving While Under the Influence

Driving while impaired is an activity that often causes accidents. You know not to drive while you are under the influence, and you should always call for a cab or get an Uber if you ingest any alcoholic beverages. You might have just one beer, but even then, it’s best to have a designated driver instead of deciding you’re sober enough to drive.

Marijuana is legal in some states on a recreational basis now. You might try smoking some of it or eating an edible if you’re legally old enough. If so, you should know not to try and drive since that’s both illegal and dangerous.

You should also know not to drive if you ingest any other drug that might impair you. That counts for legal drugs as well as illegal ones.

You might get a doctor’s prescription for a new medication you have to take for some reason, and you don’t know the side effects it will have on you yet. If so, make sure someone else can drive your car for you. Only drive once you’ve been on the new prescription for a while, and you know what it does to you.

You should also understand that bad weather driving can cause a wreck. It’s not illegal, but you should still only do it if you feel like you have no other choice.

If you drive during a big rainstorm or snowstorm, you can easily crash. You should also try to stay off the road during foggy situations or if it’s hailing or sleeting.

If you need to drive somewhere, consider putting off that errand until you have better weather. If you need to go to work, consider working from home if you can. If you do have to go to work and you can’t get out of it, make sure to put on your headlights and drive much slower than you normally would. 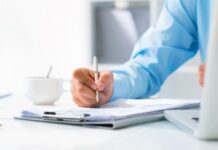 The Need of Public Liability Insurance for Any Business – 2022 Guide 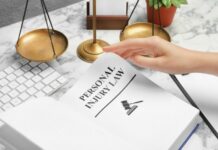 Why Personal Injury Law is Sometimes so Complex