Opptrends 2022
Home Sport What Is The Dream Match For Samoa Joe In WWE?

Many people believe that Samoa Joe can be that dominant heel that Braun Strowman is right now on Monday Night Raw if he was used correctly. So far, the writers have done a decent job in building up Joe, but that major push that he needs to get at some points still hasn’t come. Joe is a unique talent and one of the best workers there is meaning that he could be used a lot better.

He has wrestled all over the indy scene, making his name in many different promotions while also battling few of the best wrestlers in the world. Some of the opponents that he faced outside of the WWE are now on the main roster just like him. Before he landed on the red brand, he was one of the faces of the NXT, and his name will forever be written in the history books of the WWE’s developmental brand.

Even though he is getting up there in age, there is still potential for Joe, and the writers need to make the most of the opportunity that they have with this guy. He is a fresh face on the main roster which means that there are a lot of big matchups that the company can do with this man. Here is what he had to say about some of the guys that he would like to work with in the WWE.

“(At) the top of that list, obviously, are the John Cenas of the world, Randy Orton. Of course, me and AJ (Styles), we’ve battled for years back and forth, so anything involving him I’m more than compliant with. Brock Lesnar, Roman Reigns, Bray Wyatt, the list is quite long – and hopefully, I’ll get a lot of those places in the coming years.” 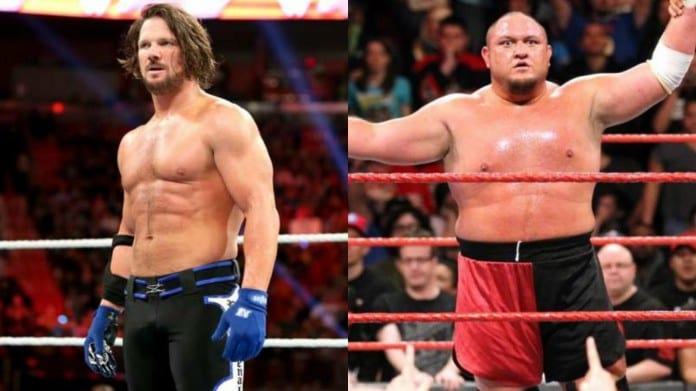