When Robert Downey Jr. has finish exchanging blows with Thanos in Avengers: Infinity War, he will put his Iron Man suit aside, so that he could talk with animals in a Dr. Dolittle reboot. Universal has recently announced that he will star in the upcoming adaptation of The Voyage of Doctor Dolittle, and it seems that it will arrive sooner than we thought. The studio made an official announcement about the release date, which is set on April 12, 2019.

Previously, the report stated that the company planned to release the presently untitled Dr. Dolittle movie on May 24, 2019. However, they decided to postpone it for about six weeks, which may turn out to be a smart thing. Robert Downey Jr. is a powerful star, but his contribution outside the Marvel Cinematic Universe haven’t been that prominent, so he probably made a good decision. The move with the release date is most likely affected by Disney and Lucasfilm’s latest statement that Star Wars: Episode IX will be released on May 24, 2019. And truth be told, The Voyage of Doctor Dolittle cannot outmatch Star Wars. The fans will get to see a lot of Robert Downey Jr. in a short period of time, since another movie of his, Avengers 4, will arrive on May 3, 2019, less than a month later.

Dr. Dolittle has appeared on the big screen plenty of times, but a really good reboot hasn’t happened in a while. The first movie Dr. Dolittle from 1967, with Rex Harrison as the lead actor, won two Oscars for Best Special Effects and Best Original Song, and also got nominated for Best Picture. Also, there were Dr. Dolittle movies with Eddie Murphy which were highly successful commercially but weren’t as valued as the original series. First Murphy’s film in the franchise earned astonishing $294.4 million. Although the follow-up wasn’t as successful, it still brought good $176.1 million. The following installments went to video immediately, hence the franchise could benefit from a new direction and a famous name.

For those who aren’t informed, the movie is based on the books written by Hugh Lofting. They’re about a doctor who finds out he can talk to animals. The legendary book series started with Doctor Dolittle in 1920 and followed by The Voyages of Doctor Dolittle in 1922. It seems that the new film will be based on the second book, which in 1923 won the Newbery Medal. The 1967 adaptation used some elements of the book, but it remains to be seen whether the new version will be directly adapted or not.

The new Dr. Dolittle movie will be written and directed by an Oscar winner Stephen Gaghan and produced by Jeff Kirschenbaum, Joe Roth and Susan Downey. Other cast members still haven’t been officially announced, but in the near future, the production should reveal more about the storyline details and other actors. 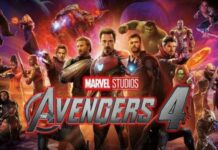 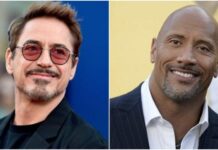 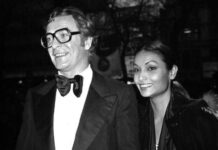 We bring you 16 celebrity couples who showed us that love is forever!