Sports, professional competitive gaming, or competitive gaming are becoming more popular and lucrative every day, as evidenced by tournaments with very generous prize pools that often surpass those of conventional sports competitions.

The biggest increase in the popularity of video games as a sport occurred in 2016 with the arrival of Blizzard’s Overwatch, a shooter that attracted a large number of new sports fans in its competitive format, thanks in part to strong marketing, intuitive design, and a high-quality system built for competitive rankings. Although the general public probably doesn’t know about it, esports has been around since the days of Pac Man and Space Invaders. The biggest factor that defined competitive gaming, though, was the advent of the Internet in the 1990s, and it allowed thousands of players to compete in their favorite video games wherever they lived.

The biggest game in the world

Of course, despite numerous cult video games as well as rising titles, the most famous e-sport in the world is still Dota 2. Why? The forty highest paid video game players earn more than 90 percent of their revenue by playing Dot 2, which means that it is a very attractive game for anyone who wants to start playing sports.

In the last few years, professional gaming has become a very large industry, which has attracted many players eager for fame and profit. The whole thing quickly grew from a fun hobby to a very lucrative business, which is still a big ambiguity for generations who didn’t grow up in the digital age, whether they wanted it or not – some people make a living playing video games. Moreover, the US has slowly begun to offer special visas to professional video game players – something similar to those awarded to professional athletes.

Dota 2 belongs to the increasingly popular MOBA genre (multiplayer online battle arenas). The MOBA genre has become a very popular e-sport, because in many segments it resembles traditional arenas. The match consists of two teams competing with each other in an attempt to meet a set goal. The fathers of the game very often cause “addiction”, because players cannot resist playing.

What makes this game so popular and profitable?

Last year’s Dota 2 International prize pool was nearly $ 11 million. $ 17 million has already died this year (at the time of writing) and shows no sign that it will stop growing. To put this into perspective, League of Legends, the world’s most popular e-sport, has an annual prize of just $ 2 million for its World Cup.

Still, it’s not just the world’s biggest tournaments that attract a lot of Dota 2 money. Throughout the game’s short but entrenched career, only over 1,100 players were allowed to earn $ 31 million, over 430 tournaments. The League of Legends, on the other hand, paid out $ 21 million, over 3,200 players, over 1,465 tournaments, according to EsportsEarnings.com.

This year’s international tournament prize pool exceeds $ 17 million. Part of the reason fewer people may have gone with enough money to pay rent from Dota 2 is the way Valve plans payments. Although all games operate in a pyramid structure, where winners take home a significantly larger portion of the purse than the lower ones down, the Dota 2 tournament, especially The International, narrows much faster than the others.

The League of Legends distributor, Riot, gives almost everyone involved in a high competition to play a fair payout, regardless of placement. In addition, it pays teams classified on a professional level, a salary of 12, 500 per season in season, although this is based on the idea of ​​starting each game.

It’s barely a living salary, and players will surely be looking to increase streaming, sponsorship, and, if all goes well, the prize pool for the tournament. But it provides a basic level of funding that keeps the gaming pool fresh. Learn more about this game on myesportsbettingodds.com.

The game inspires you

As you play the games, you probably see a lot of amazing heroes. Their strength, speed, and intelligence, as well as character qualities like courage and determination, inspire people and they believe they can be as great as their video game heroes.

Having your hero or heroes is one of the best things you can have. By knowing which heroes you love, you can learn more about yourself and understand what qualities you should develop to be the best possible version of “you” you can ever be.

For DotA 2 players, the idea of selling the most powerful heroes in LoL for real money is completely incomprehensible, which of course is not the case with the main competitor, where all the characters are absolutely free. Of course, in DotA 2 you can also buy things for real money, but none of that brings an advantage in the fight itself because it all comes down to new skins, loading screens, clothes, and similar things. However, it is possible to speed up the progress of the character for a short time, but even then, you do not gain an advantage over someone who does not allocate money.

With more and more players around the world, many game developers have decided to create online games where people could play together against computers and other players. Such games are perfect for developing teamwork skills.

In every game, the things that teams do are a little different, but most often they need to be strategized on many different things. Usually, the first thing teams decide is who will do what. Later, they create tactics on how to win in specific situations that, if the game is difficult, usually don’t go exactly as planned and require quick decision-making skills while you’re in the game.

Also, in to be successful in teamwork, players must always communicate to make sure that other team members know what is going on in the match and be willing to act accordingly. It’s like a real war with a lot of communication at the same time, only video games make it even better at developing teamwork skills. 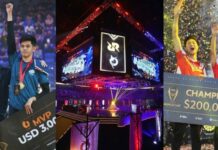 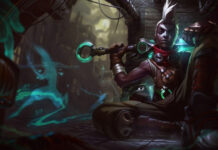