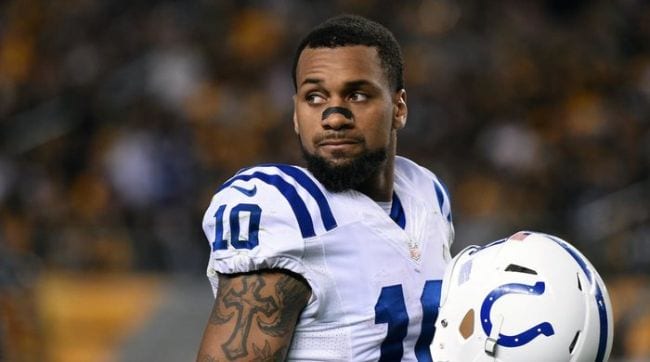 One thing is clear. Dallas Cowboys are on a lookout for a wide receiver. This is public knowledge, so many names are brought up as the future WR for America’s Team. After they have signed Sanjay Lal as their receiver coach, some of his former protegees are front-runners to answer Cowboys needs. One player that Lal coached earlier in his career that is going to be a free agent is Donte Moncrief.

The 6’2’, 216 lbs, 24-year-old WR is currently with Indianapolis Colts. Moncrief played college football at Ole Miss where he had 156 receptions for 2,371 yards and 20 touchdowns. Colts drafted him in 2014 as the 90th pick in that year’s draft. Last season, for the squad from Indianapolis, he had 26 receptions, for 391 yards and two touchdowns. Moncrief amassed 15 yards per catch.

Although his stats don’t say much about him, his size combined with speed and acceleration are precisely what Cowboys need. The one trait that you notice straight away when you look at his film is the ability to separate himself from defenders. Something that receivers from Dallas failed to do last year. 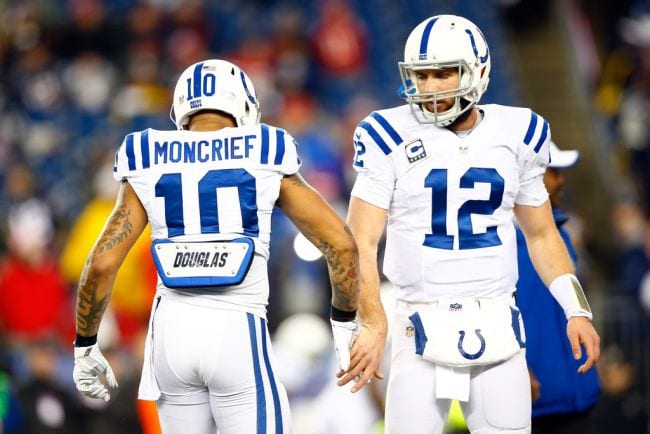 The best year for Dante in the NFL was 2015 when he recorded 60 receptions for 733 yards and six touchdowns averaging 11.5 yards per catch. Moncrief managed this despite the fact that Andrew Luck missed nine games that season.

Last year this man didn’t have best figures, but it’s not entirely his fault. Entire Colts roster is missing serious talent. Starting QB Luck missed the whole season. Donte Moncrief played with Scott Tolzien and Jacoby Brissett at QB, with both of the players failing to impress. Colts are expecting a better year when and if Luck returns from injury but Moncrief might not be a part of their plans.

If he hits free agency a reunion with his former coach Lal might be the best thing for his career. And with Cowboys need for a big-play target in the downfield both sides could benefit from this relationship. Another important thing is that Moncrief won’t be too expensive after a down year. With Cowboys wanting to resign, Lawrence, Irving, and possibly Hitchens they will need all pennies they can scrape.