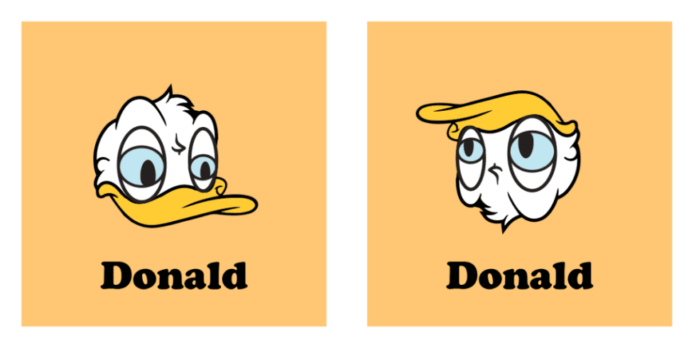 The totally unexpected election of Donald Trump as the President of the United States of America might have turned out to have a horrible effect on world peace, the right of women, the environment, the office’s dignity, international relations, the rights of immigrants and a whole load of other things. But fortunately, it has had a thrilling effect on satire and parody.

A lot of inspiration has been given to the country’s late night talk show hosts. The quarreling media found a new center of attention. And Alec Baldwin’s career has been altered with his readiness to squint like the President of the United States and wear a wig.

However, not a single one of these notable efforts to mock the person humiliating the state on a daily basis have been as simple and as powerful as this remark.

One post named ‘Who knew that if you turned Donald Duck upside down you get the other Donald?’ This has become insanely viral during the weekend after it drew the attention to the unusual coincidence that if Disney’s irritable and inadvertently funny cartoon character Donald Duck is turned upside down, what you get is a bizarre similarity to the irritable and inadvertently funny cartoon character, Donald Trump.

We’re expecting an official tweet from the White House condemning the duck as definitely ‘FAKE!’ and probably ‘SAD!’ soon enough.