TikTok is a rapidly growing video sharing app that is widely famous among teens and young adults. The social media app has expanded in popularity in the past two years, becoming a rare successful Chinese app in the West.

According to stats, in 2019, TikTok has 500 million active users all over the world. The figures made it stand on the 9th rank in terms of social networking sites, ahead of some better-known sites like Twitter, LinkedIn, Pinterest, and Snapchat.  Also, the app has become the most downloaded apps during recent years globally, having passed both 1 billion and 1.5 billion download mark on the Apple and Google Play store only in 2019.

However, apps like TikTok do offer various opportunities to hackers that are looking to target services that haven’t tested through years of security research and real-world attacks. As many of the users are young, they are not well aware of the security updates. 41% of the TikTok users are aged between 16 and 24 so; it is quite easy for attackers to launch any attack via TikTok.

A report recently revealed that China’s popular video-sharing TikTok app had various security vulnerabilities. This is not the first time that distresses are raised over TikTok’s handling of privacy issues. The Federal Trade Commission filed a complaint against this company last February. In the charge, they claimed that TikTok illegally collects private information regarding children, including their names, email addresses, and schools. The FTC reached a $5.7 million settlement with the company after finding that the apps did not ask for parental permission to gather user data, regardless of a large number of app users were underage.

The security concerns over TikTok possess many similarities to the privacy concerns about FaceApp that were reported the previous year. To provide more insight into the topic, we’ve compiled this article for our readers that will answer all their queries.

Recently, Cybersecurity Company Check Point revealed that they had found a security flaw. The security bug can enable hackers to take complete control of TikTok accounts and manipulate the content such as upload and delete videos and disclose personal information like a private email address.

The security firm also found that it is possible to send a standard text message on any phone number on behalf of the TikTok app. In fact, on the app’s site, there is a function that permits users to send a text message to themselves so they can be influenced by downloading the app.

However, hackers can create fake text messages that appeared to come from TikTok, but in reality, contain a malicious link. Once users click on the link, hackers can take control of the account. Moreover, there is also a vulnerability in the TikTok web domain that allowed attackers to insert malicious code. The purpose of doing so is to retrieve private information from users.

The security vulnerability is unlikely to relieve concerns of the USA lawmakers who have claimed that the app can become a national security threat. TikTok is one of the most used social media apps in the USA among teens. The popularity of the app among teens is a sign that it gives the Chinese government a much bigger reach than ever before.

Secondly, the US policymakers fear that the app can become a primary tool for spreading Chinese propaganda.  The app can also collect information on US citizens. Although many people in the US are well aware of cybersecurity and have taken all necessary steps to limit their exposure to this kind of spying, many still don’t know how much information they’re sharing online and how they can limit it by using a VPN. Well! if they don’t know about VPNs so they better learn it now. As there are various best VPNs for gaming, in the same way, there are VPNs for Android and iPhone devices too. So, they better start using them. If you’re looking for the best gaming VPN then visit VPNoverview.

A significant concern is that both governmental and military personnel also uses the app, and this can provide the Chinese government with a backdoor for carrying out more sophisticated surveillance.

The US Naval division, as well as other military services, are soon going to impose a ban on the usage of Chinese app TikTok on the government-issued mobile devices. The reason to enforce the ban is because of the cybersecurity reasons as some government searches have revealed that the app steals sensitive data and later transmits it to the servers located in China.

What’s the Solution for This?

Alas, none of these problems can have an easy solution or at least a solution that is politically acceptable and pleasant too. At present, the US government is approaching the issue as one of the foreign investments. Three of the US senators have asked the Committee on Foreign Investment in the US to look into the matter that either it was legal for ByteDance to buy Musical.ly (former name of TikTok) or not.

The possible outcome of the investigation that finds a security threat in the TikTok app would force the ByteDance to sell the app to a US company or even set up a subsidiary in the US. However, the problem with that is the app is so massive that it might become challenging to find a buyer for it. It is worth noting that most of the concerns regarding TikTok are the same as those that have been raised during the tension between the US and the Chinese governments over Huawei.

TikTok Company is also responding to the investigation. The company has recently hired lawyers to help them in developing content moderation guidelines, in the hope that this is a channel for propaganda. However, US lawmakers can identify Chinese propaganda is another crucial question.

What Can Users Do In This Regard?

As users, our potential responses to situations like these are limited. It is possible to avoid the Chinese-built phones and apps, but compelling teenage children to avoid using popular apps like TikTok is a serious matter.

It seems useless to avoid Chinese government surveillance in a context where several big tech companies are spying on us and where their government is running the most massive online surveillance platform in the world.

The solution to mass surveillance cannot be provided by the governments who are responsible for it. The wide-scale educational programs regarding the sheer amount of data we are sharing online must be initiated. Securing our own devices over freely-available privacy and security tools is also essential.

To conclude, there is one solution to the spread of online propaganda and data collection is that you don’t believe everything you read or heard and avoid sharing details, then you have to. 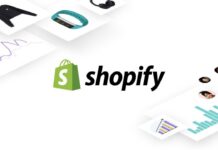 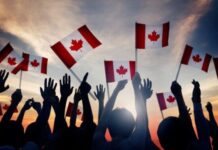 How Canadians Love To Spend Their Time To Delete or Not to Delete? 3 Best Comment Moderation Practices